Why the ‘Schitt’s Creek’ Emmys 2020 wins are so historic 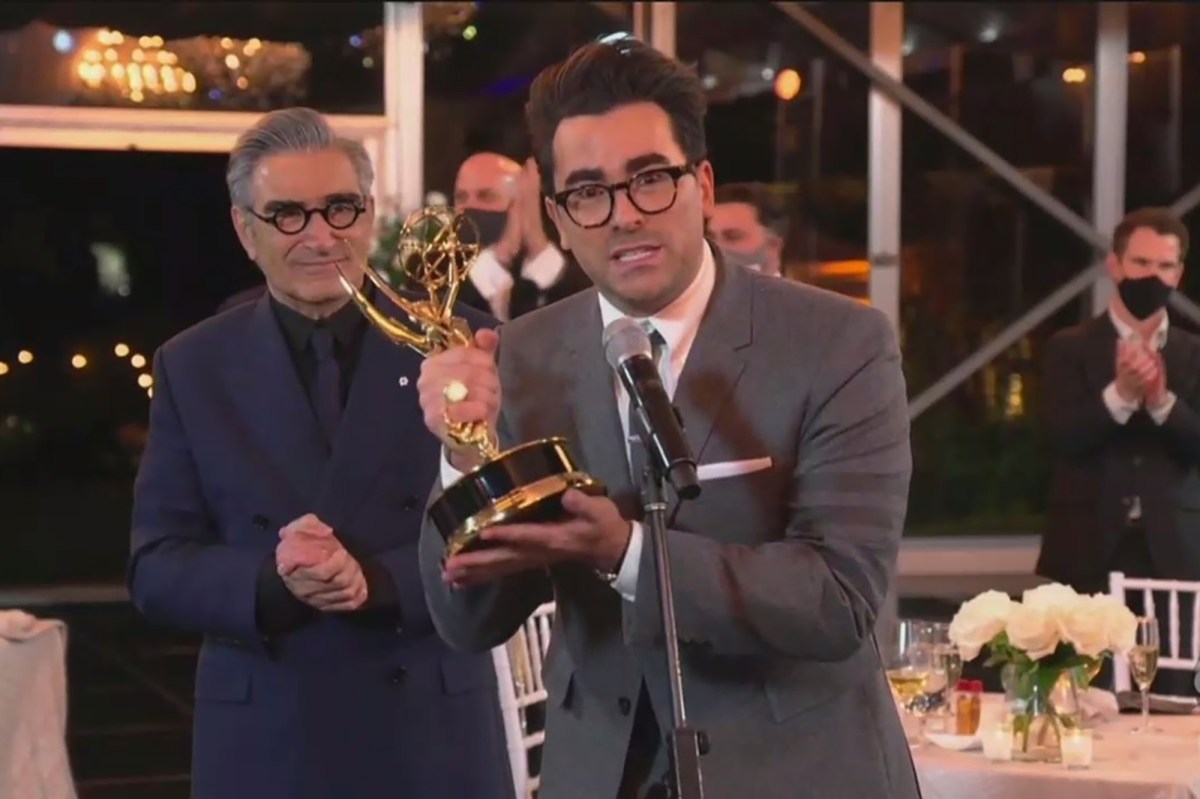 Moira Rose was right to say that her favorite season was “awards,” because “Schitt’s Creek” swept the 2020 Emmy Awards.

The show is the first-ever comedy or drama to sweep all acting awards in the genre, according to The Wrap. Additionally, no series has ever before received all acting awards along with those for writing and directing. Only “All in the Family” has ever come close, getting three out of the four acting wins in 1978.

“With Catherine O’Hara, Eugene Levy, Dan Levy and Annie Murphy winning their #Emmys tonight, that means our little Canadian show is the first comedy OR drama to ever sweep all four acting categories, and that is absolutely wild,” the show’s official Twitter wrote.

The show, which ran for six seasons on PopTV, is also the first basic cable series to ever win the category, according to Deadline.

“Schitt’s Creek” was nominated for 15 Emmys this year. In the Creative Arts categories, they picked up trophies for comedy series casting and contemporary costumes.

The sixth and final season of the show aired from January to April of this year. The first five seasons can be streamed on Netflix.