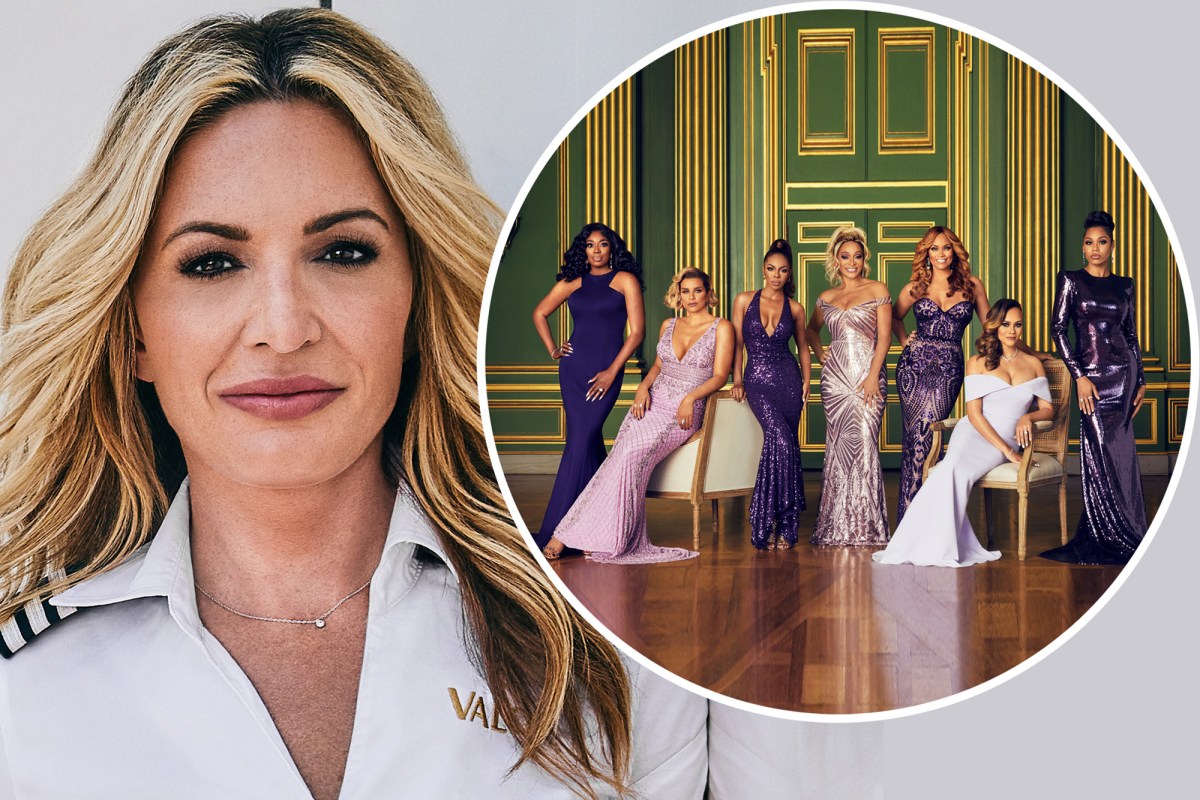 Kate Chastain is ready to sail the seas of gossip when “Bravo’s Chat Room” makes its maiden voyage Sunday.

“I’m always up to date on my Bravo shows, even before ‘Bravo’s Chat Room,’” the former chief stewardess who appeared on the superyacht reality show “Below Deck” told Page Six about her upcoming co-hosting gig on the new program. She also serves as one of the show’s executive producers.

One of the Bravo shows the 37-year-old is looking forward to dishing about is “The Real Housewives of Potomac,” which she says she’s absolutely “loving.”

“I love how these ladies are able to discuss their issues with each other, but they get over it pretty quickly for the most part,” she told us. “I love how they involve their husbands all in such different ways. Like, they’re all very open and honest with their journey. I just think it’s such a great show. And of course, ‘Beverly Hills’ and ‘New York’ just finished which, reunion, wow! And then, of course, ‘Below Deck: Mediterranean,’ I’ve been watching as well.”

But don’t expect Chastain to join “RHONY” just yet now that she’s living in the Big Apple and not the high seas.

She teased, “I love Leah [McSweeney] so much. I also love Sonja [Morgan] so much. I would like to be friends in real life. So I wouldn’t mind stopping by as a friend, friend of. Maybe not in the same capacity as much as Elyse [Slaine] did. But maybe just like once.”

Instead, Chastain is practicing her at-home glam and gearing up for the new talk show with Hannah Berner, Gizelle Bryant and Porsha Williams.

“I love all of those ladies so much and I feel like we’re so lucky that they wanted to do it, be a part of it,” she said, adding how cool it was to meet Williams at Chrissy Teigen’s house while filming a Hulu commercial. “I think it’s quite the dream team of gals.”

Now, she’s looking forward to filming with them — albeit virtually — on Zoom.

“It was a little confusing at first when deciding what to wear, like I am at home, but also I’m on with these ladies,” she joked. “I want to look fabulous and glamorous. So it took me a while to kind of nail down, like what was appropriate, like was it a gown? Sequins? A bathrobe? I was somewhere in the middle.”