Though the 2020 Emmys were red carpet-free, there was no shortage of viral fashion moments.

Despite the unprecedented circumstances due to COVID-19, stars’ sartorial savvy shone brightly as they primped, preened and posed in looks (some even delivered wardrobe changes) that brought a much-needed jolt of glam.

Here, we round up of some of the best fashion moments of the night. 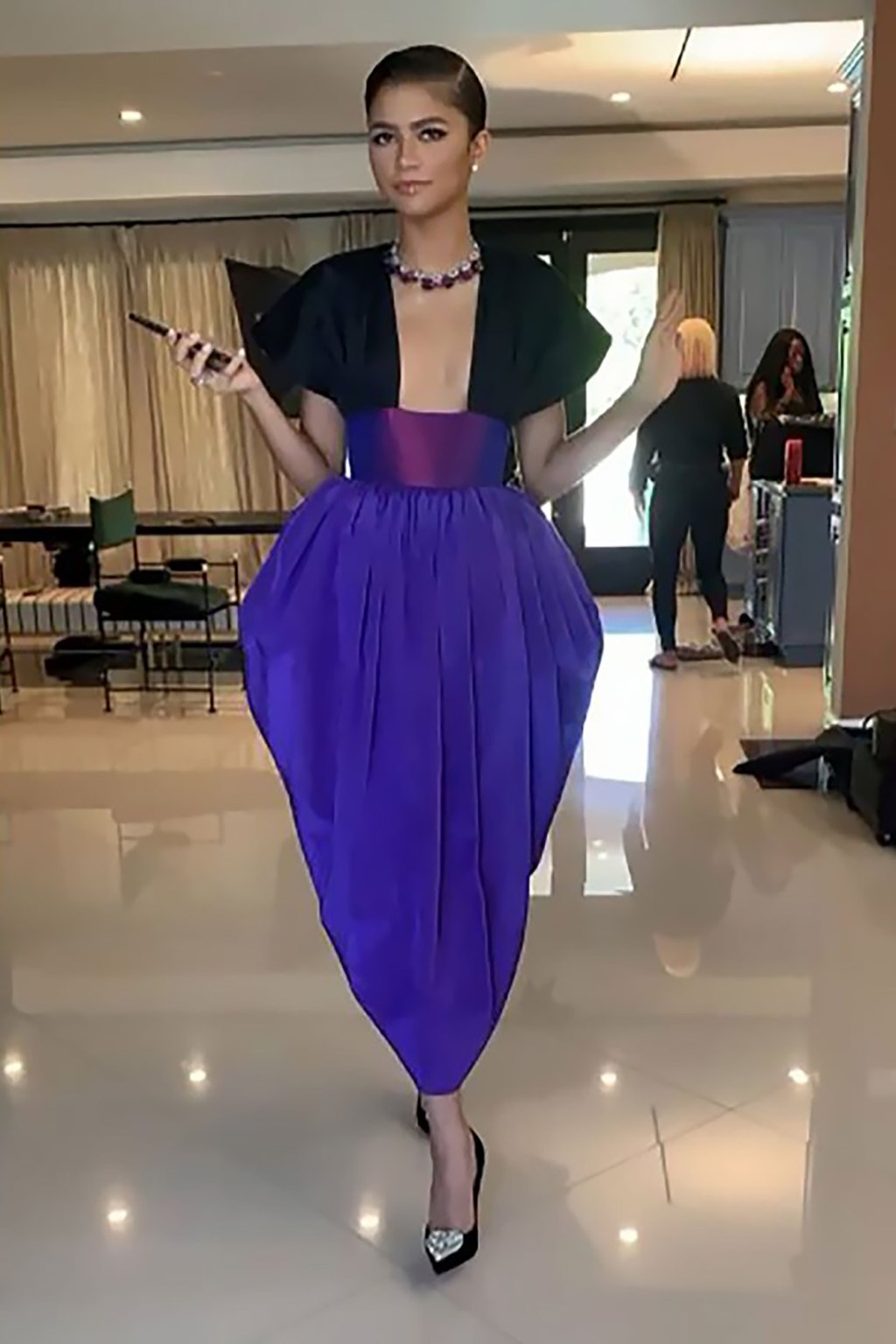 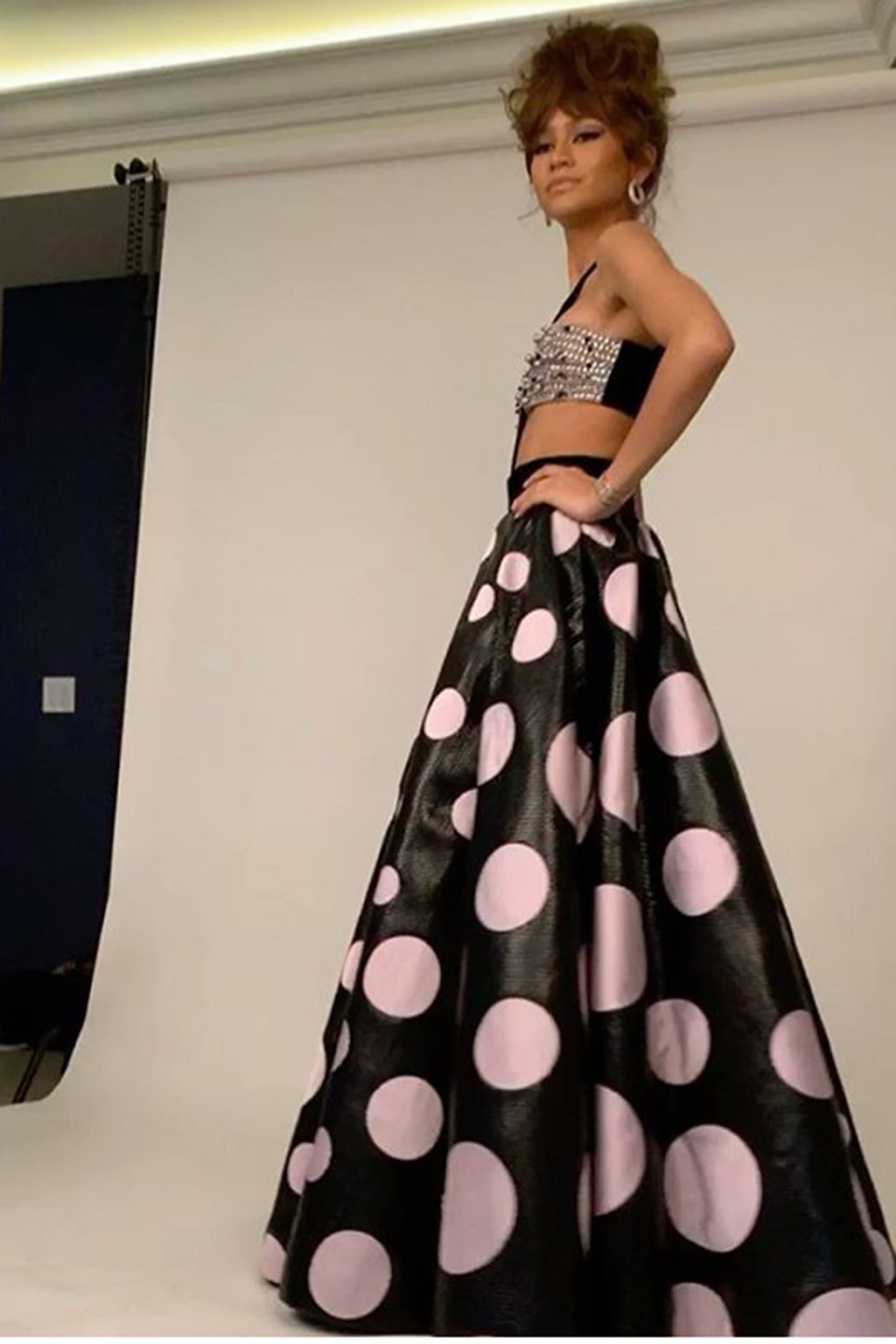 Loungewear, but make it glam. Jamil, 34, posed in cozy threads topped with an ombré sequin robe by Markarian. 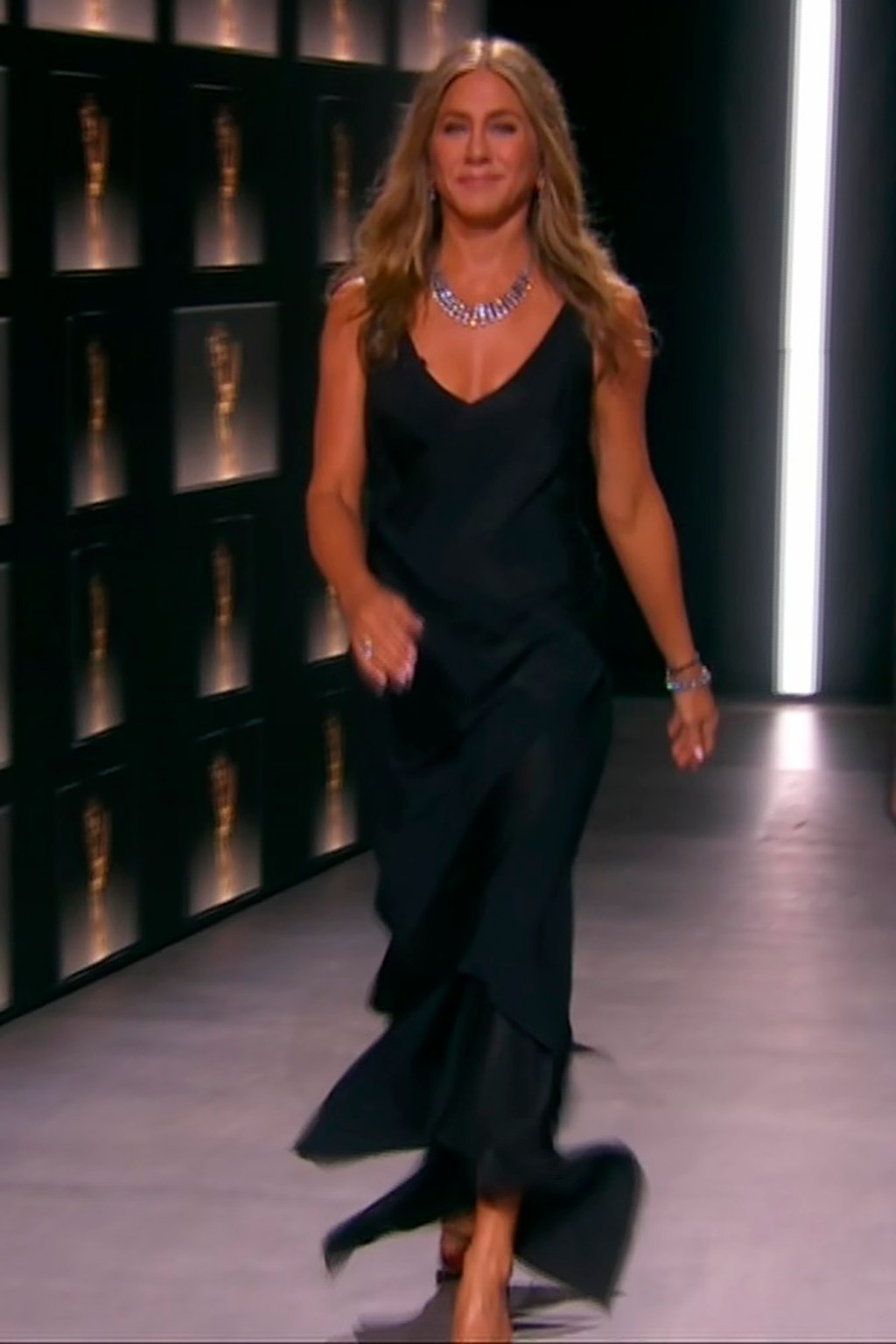 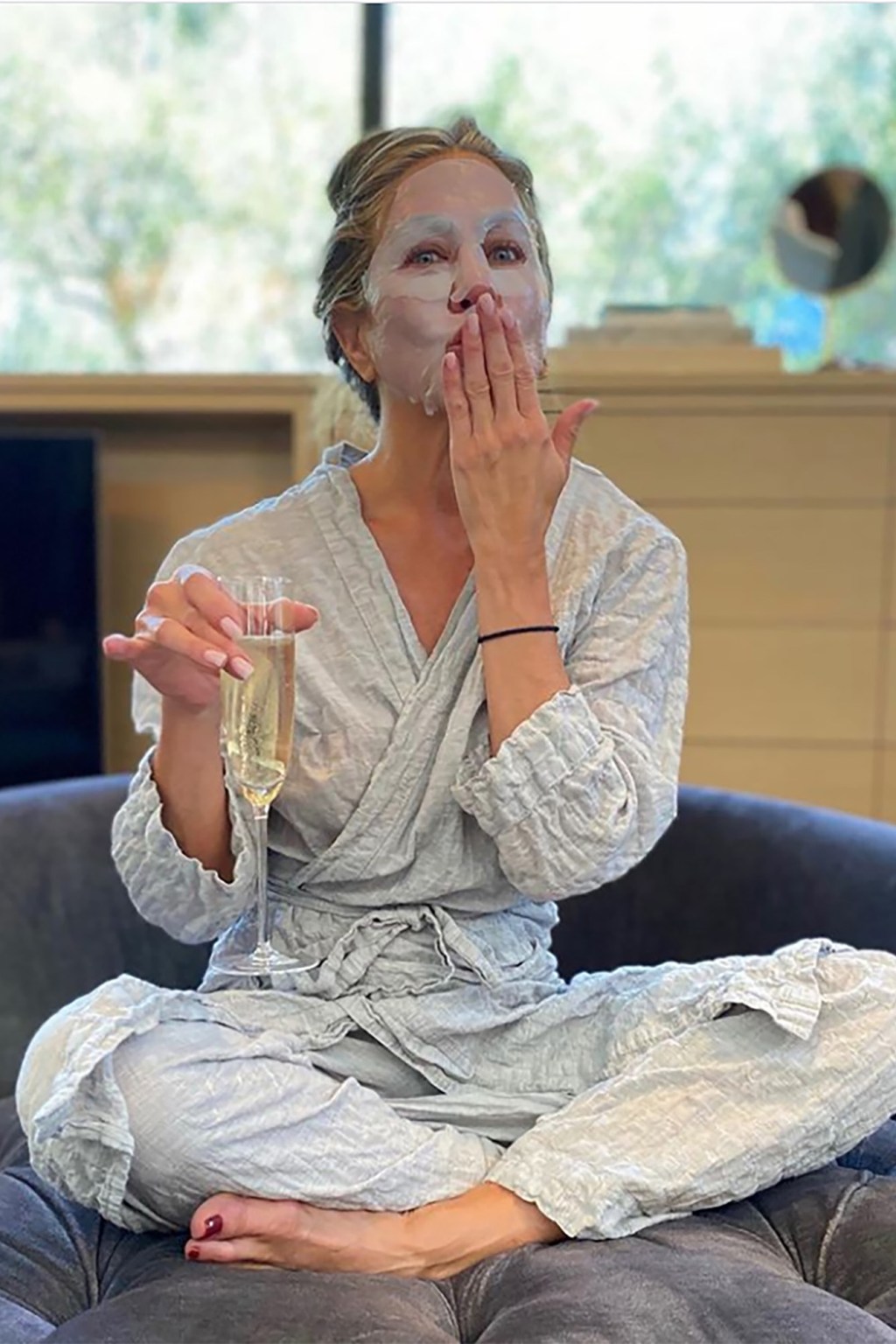 Synonymous with her penchant for minimalism, the 51-year-old nominee sizzled to the max in not one — but three! — looks. Pre-Emmys, she donned cotton jammies and a robe by Pour La Femmes. For her appearance with host Jimmy Kimmel, she slipped into a vintage black satin Christian Dior dress. She later appeared on-screen — reunited with “Friends” castmates Courteney Cox and Lisa Kudrow — dressed in a mini floral robe.

The nominee, 48, electrified while hosting the Emmys pre-show in a one-shoulder magenta gown by Azzi & Osta.

Dressed in a red mesh varsity bomber jacket and shorts set by Lee Rickie Collection and patent Giuseppe Zanotti sneakers, the nominee, 41, makes a case for athleisure as formalwear.

The fashion chameleon, 47, shimmered in Alexandra Vauthier’s ruffled couture look, which will be donated to the RAD (Red Carpet Advocacy) charity auction (open for bidding on Chic-Relief.com from Sept. 23 to Oct. 2) — 100% of the sales will support Michelle Obama’s “When We All Vote.”

The actress, 43, sizzled in an animal-print, square-neck sequin frock by Dolce & Gabbana, topped with a bold lip and sleek ‘do.

The Emmy winner, 66, punked out in head-to-toe black — sequined turtleneck, strapless gown and combats — all by Valentino.

The singer, 23, tweeted a shout-out to birthday twin and designer Vera Wang, who also custom-designed the silk dress and pant with floral chinoiserie print she wore to perform at tonight’s show.

The 37-year-old Emmy winner’s Thom Browne kilt — grey, pleated and tailored to perfection — went viral, as it was a fitting homage to his Schitt’s Creek character’s finale wedding look.

Accompanied with a photo of the comedian, 41, wearing an off-shoulder ball gown by Christian Siriano, her Instagram caption said what we’ve all been feeling: “All dressed up with somewhere to go… finally.” 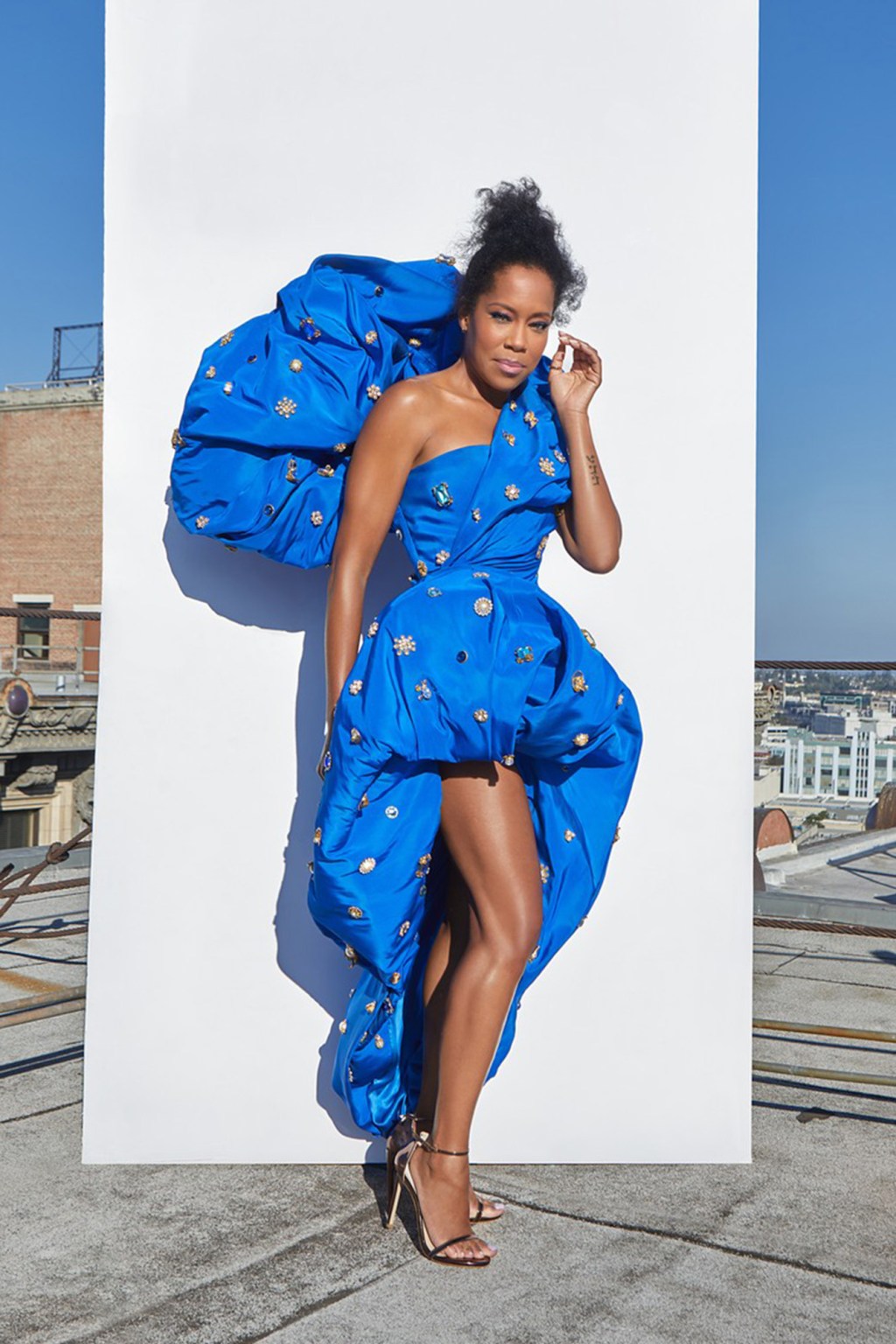 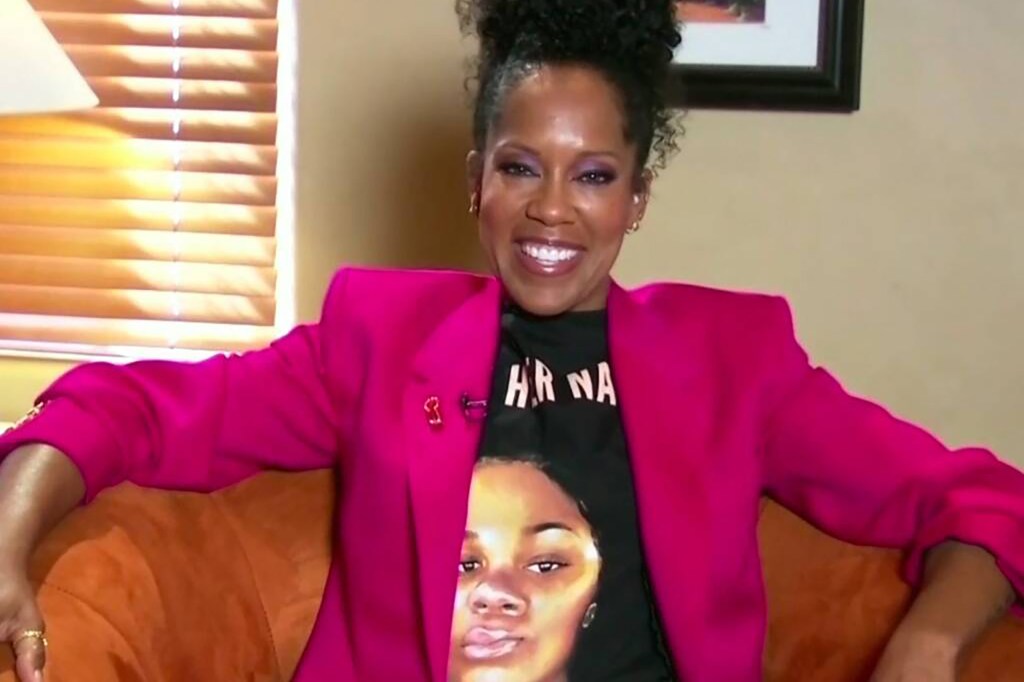 The four-time Emmy-winning actress, 49, offered up a double dose of impactful fashion: Her first look was a stunning, structured, sapphire blue one-shoulder Schiaparelli gown. And for her acceptance speech, King chose a bold-shouldered pink suit. As a tribute to Breonna Taylor, a T-shirt emblazoned with the words “Say Her Name” was styled underneath.

The actress, 33, opted for bright and bold in this textured Versace mini.

This Valentino suit chosen by the 33-year-old subtly sizzles with a sheer twist.