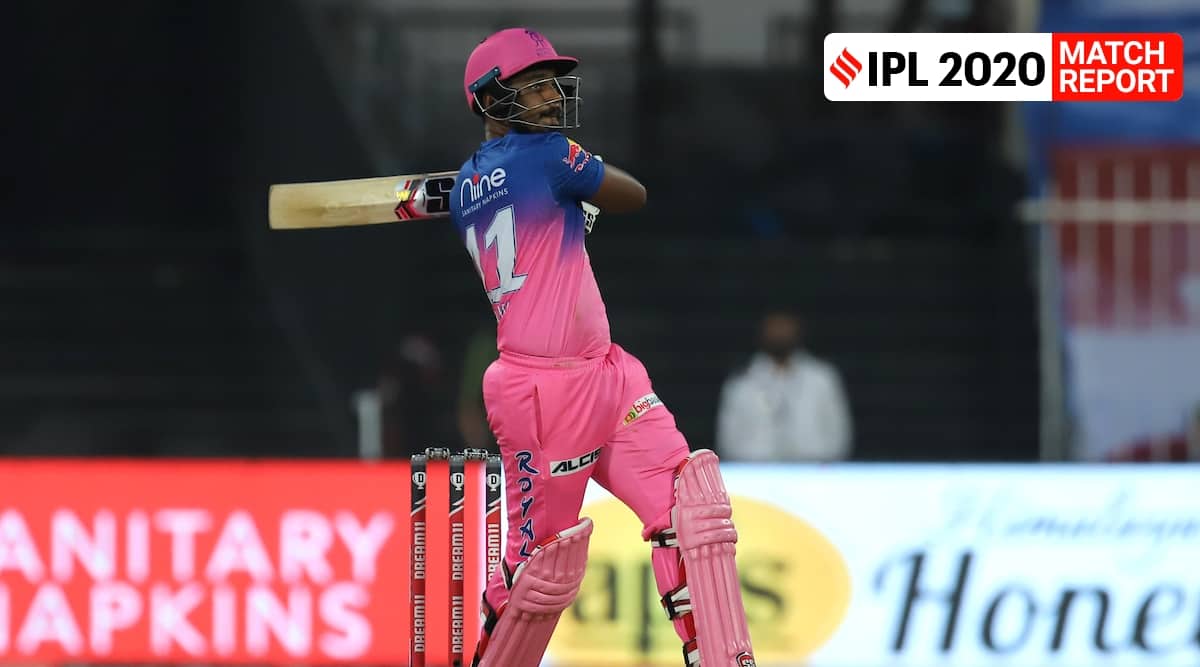 The Chennai Super Kings knew they were up against it, chasing 217 for their second successive win in the Indian Premier League (IPL). Midway through their innings, the cause seemed lost, but they kept fighting till the end. Even after losing five wickets in seven overs, Faf du Plessis’ clean hitting gave them a semblance of hope. But eventually, Rajasthan Royals prevailed by 16 runs in a match that witnessed as many as 33 sixes.

The game was well and truly gone with 79 required off four overs. When an improbable 38 were needed from the last six deliveries, MS Dhoni tried to prevent too much damage to the CSK net run rate by clobbering three consecutive sixes off Tom Curran.

For the Royals, the platform for the win was laid by the breath-taking strokeplay of Sanju Samson, who scored a 32-ball 74.

During the lockdown, Samson, like most cricketers, was scared about losing his batting skills. He knew that he couldn’t stay away from having a hit at the nets for very long. So, the 25-year-old devised a unique strategy to get himself back into the groove.

“I have not been able to bat for so many days. And I can’t stay away from something that I love so much for so long. So, I set up a small area on my brother’s terrace, fully covered with nets, where I played with tennis balls and hit my shots. Sometimes, I worked on things which I wanted to work on,” he had told The Indian Express.

The long break seems to have worked in Samson’s favour. In his first competitive fixture in over six months, the wicket-keeper-batsman hardly displayed signs of rust or lack of match practice. His big hitting put even the usually calm Dhoni under stress.

Samson began with a nonchalant hoick off Sam Curran over the square-leg fence for a six. However, he was at his devastating best against the spinners. A couple of shots stood out: he clattered Ravindra Jadeja over the long-on fence and in the subsequent over, a sublime inside-out shot off Chawla over extra cover brought up his quickest half-century in the IPL, off just 19 deliveries.

Samson reaped the rewards of looking to play straight. Another facet of his batsmanship was that he never came down the track to spinners. Like most modern players, he preferred to stay in the crease and unfurl that lovely swing of the bat. Chennai’s spinners were guilty of pitching the ball up and in the slot to Samson, which allowed him to just stand and deliver. In hindsight, both Jadeja and Chawla would have been better served with a much shorter length. 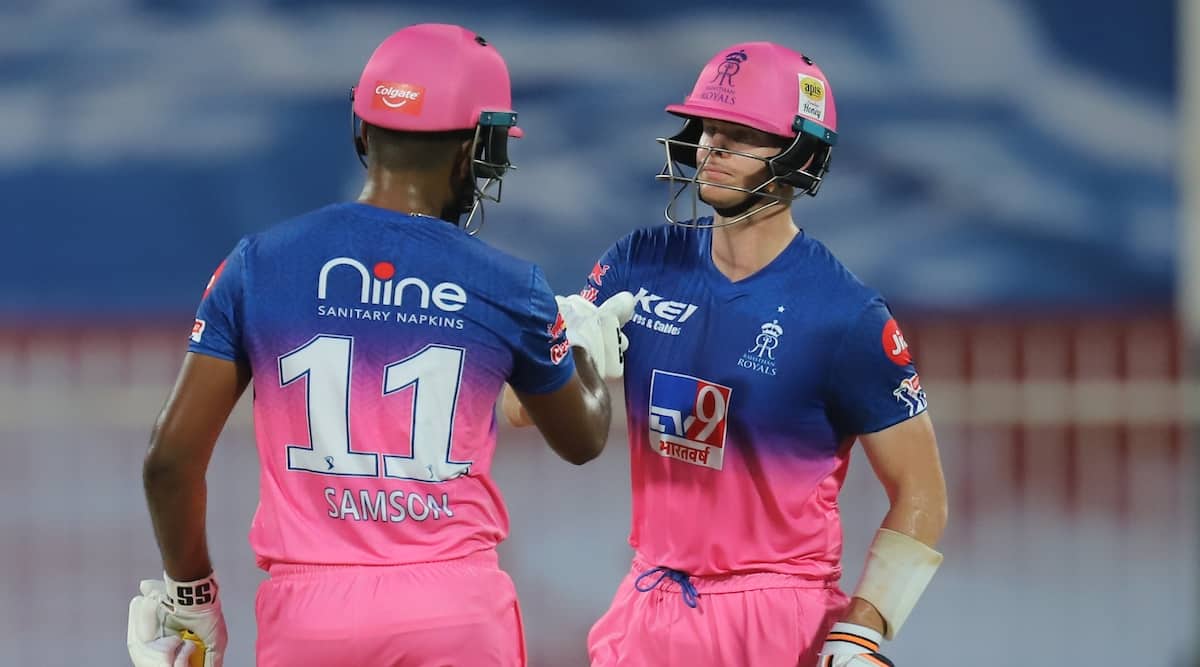 Samson’s belligerence allowed Rajasthan Royals captain Steve Smith to come into his own. The Australian has not had it easy in recent times. He was concussed before the recent ODI series in England, and after two days of rest in Dubai, was put through the paces in training, following which he was deemed fit for this match.

Opening for the first time ever in a T20 match, Smith took his time to settle in. But watching the carnage from the non-striker’s end took the pressure off him. Smith was happy to play second fiddle to Samson. He brought up his half-century off 35 deliveries, after getting a reprieve from Sam Curran.

When he departed for a 47-ball 69, Smith looked absolutely knackered. A clutch of wickets following Samson’s exit meant the Royals lost their way a bit, before an entertaining cameo from Jofra Archer, whose unbeaten 8-ball-27 included four sixes in the last over bowled by Lungi Ngidi.

One of the reasons Chennai have been such a force in the IPL is their spinners. Match after match, season after season, they have worked in tandem to spin a web around opposition batsmen. But in their second game this season, they were put to the sword by a rampant Samson.

Jadeja and Piyush Chawla conceded 95 runs in their eight overs. Neither managed to extract turn or bounce from the slow Sharjah track and to compound matters, their predictable lengths made it more conducive for strokeplay.

What happened when @rajasthanroyals‘ Sanju Samson tried to find out from Tom Curran about his brother Sam’s bowling? 😂 🤣 #Dream11IPL #RRvCSK pic.twitter.com/452e9tmxit

In contrast, Royals’ spinners — Shreyas Gopal and Rahul Tewatia — lacked the pedigree and experience of their CSK counterparts. But they learned from the mistakes made by Jadeja and Chawla.

They varied their pace cleverly and mixed the lengths to keep the batsmen guessing. First up, Tewatia foxed Watson with a slider and followed it up with a slow, loopy delivery that had Sam Curran stumped. He was on a hat-trick when he had Ruturaj Gaikwad dismissed in the same fashion with a flattish delivery.

Gopal also sneaked in with Murali Vijay’s wicket to leave Chennai gasping. From 56/0 in 6.3 overs, Dhoni’s team slumped to 77/4 and then 114/5 at the end of the 14th over. The two unheralded Rajasthan Royals spinners finished with figures of 8-0-75-4.