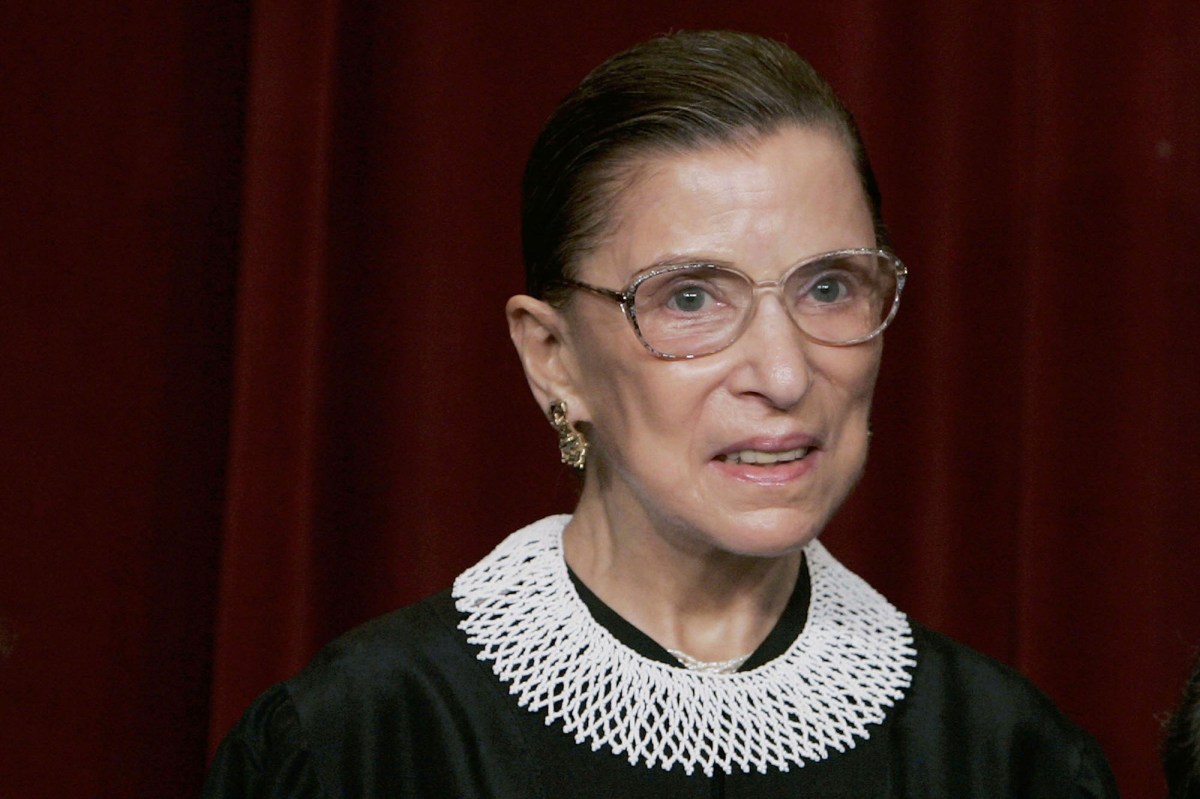 Jimmy Kimmel honored the late Ruth Bader Ginsburg at the 2020 Emmys on Sunday night, two days after the Supreme Court Justice died at the age of 87.

“On Friday we lost a great American. Ruth Bader Ginsburg was a compassionate and tireless champion of equality and justice, who said her legacy was to make life a little better for people less fortunate than she,” Kimmel said during the virtual awards show before introducing this year’s in memoriam tribute, which was performed by H.E.R.

Regis Philbin, James Lipton, Jerry Stiller, Ian Holm, Diahann Carroll and Chadwick Boseman, who died at age 43 from colon cancer in August, were all among those honored.

The Supreme Court confirmed Friday that Ginsburg had died due to complications of metastatic pancreas cancer. She was surrounded by loved ones at her home in Washington, D.C.

Ginsburg, a trailblazer for gender equality, was appointed to the Supreme Court by President Bill Clinton in 1993, becoming the second female on the country’s highest court. Her dying wish was not to be replaced until after the next president is inaugurated in January 2021.

In the wake of Ginsburg’s death, countless tributes from politicians and celebrities have poured in, including “Saturday Night Live” star Kate McKinnon, who portrayed Ginsburg on the late-night series.

“For so many of us, Justice Ginsburg was a real-life superhero: a beacon of hope, a warrior for justice, a robed crusader who saved the day time and again,” McKinnon told People in a statement.

“Playing her on ‘SNL’ was a profound joy because I could always feel the overwhelming love and gratitude that the audience had for her. It was one of the great honors of my life to meet Justice Ginsburg, to shake her hand, and to thank her for her lifetime of service to this country,” she continued.

British actress Felicity Jones, who played Ginsburg in the 2018 film, “On the Basis of Sex,” told CNN she “will miss her deeply.”

“Ruth Bader Ginsburg gave us hope, a public figure who stood for integrity and justice- a responsibility she did not wear lightly,” Jones told the outlet. “She will be missed not only as a beacon of light in these difficult times but for her razor sharp wit and extraordinary humanity. She taught us all so much. I will miss her deeply.”