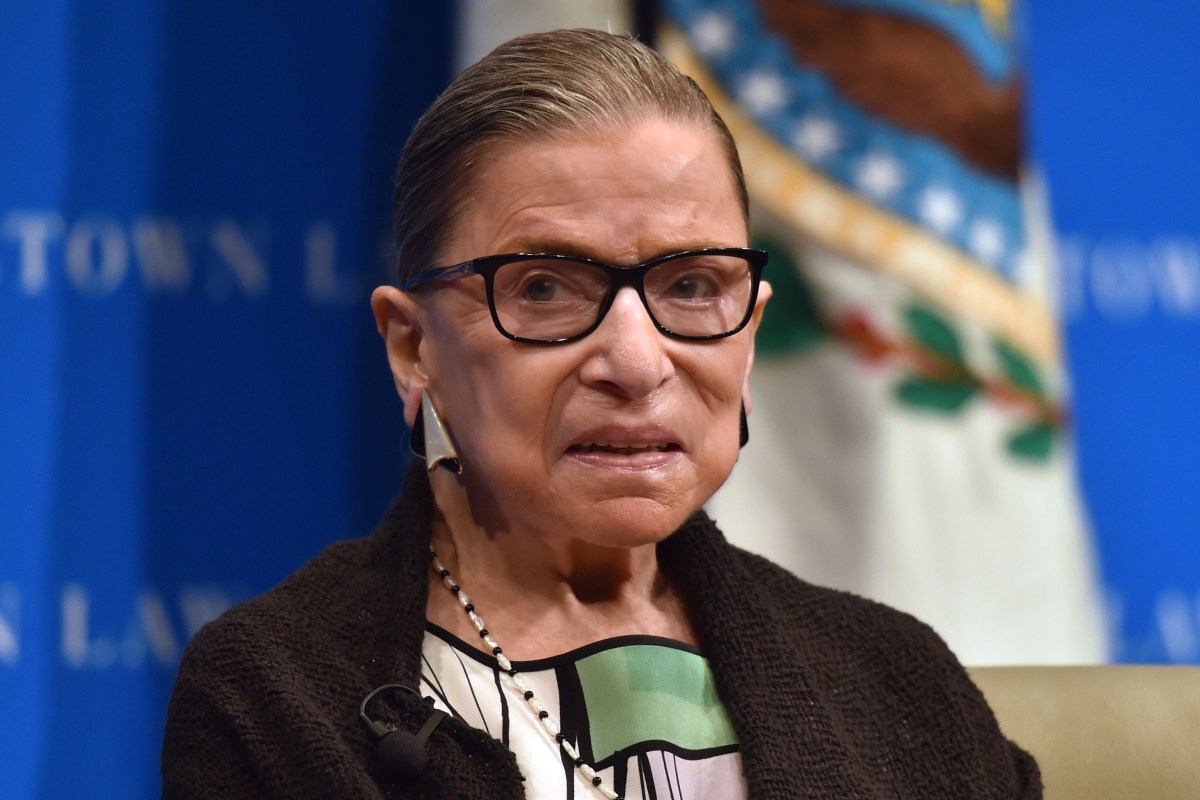 Coming is a Ruth Bader Ginsburg documentary. No rehashed oldie. Freshly made newie “Ruth,” it’s a finished product.
Footage starts from Harvard days and is actually being hustled around because — if you can believe this — it’s looking for buyers. Hard to understand since almost everyone this side of Iraq wants to hear even more about her. The producers hope to release it before the election.

And per a known jurist:

1902-1932 Oliver Wendell Holmes was an associate justice of the Supreme Court. 1930 acting chief justice. Civil War vet, supreme patriot, he saw the confirmation of Supreme Court justices when the fact was: if a president appointed a qualified candidate, that confirmation was assured.

Eisenhower’s gift was his friend — tough law and order prosecutor, California’s Republican Gov. Earl Warren. Although never a judge, the Senate unanimously confirmed him. Nixon picked jurist Harry Blackmun whose unanimous confirmation took under a month and who then was the author of Roe v. Wade. Our founders intended a Senate vote as insurance so no president might nominate anyone unqualified.

The Trump appointment squabble is a political gambit by the Democrats to politicize a court that has refused to be political.

The 75-year-old Alfred E. Smith dinner usually attracts 1,500 guests, usually at the Waldorf’s Grand Ballroom, usually white tie. And in election years like Kennedy-Nixon 1960 and 2016 — when Hillary and Donald entered from opposite sides of the room — both nominees show.

Different now. Oct. 1 it’s 50 social-distantees only. And shove Park Avenue, we’re talking Hudson River. The venue’s The Bronx. Wave Hill. That day DJT’s in Bedminster so figures he’ll show. If an RN wakes Joe Barfden he could be there, too.

The making of a music man

Similarly prepping a Bernstein movie was Jake Gyllenhaal, whose project hit a sour note. Spielberg and Scorsese will co-produce Bradley’s biopic but tone-deaf moneymen killed Jake’s. They figured today’s more about Wiz Khalifa and Meek Mill than the A-1 composer, conductor, music man behind “West Side Story,” who reigned in the ’40s to the ’60s, won Emmys, Tonys, Oscars, Grammys, more nominations than Meryl Streep, but whom, they say, nobody remembers anymore.

It was the ’60s. Hostility developed along the Mekong. American workers were ordered out of Laos and I was temporarily pressed to teach a classroom English. From their storybook I read aloud the phrase “Joan met John on the dot of 12.”

A 10-year-old inquired what “on the dot” meant.

I said, “It means exactly,” then asked, “Now give me a sentence using that exact phrase.”

And she said, “I want a dress on the dot like yours.”

“That candidate’s not the world’s most thrilling, but what he lacks in excitement he makes up for in being one of those rare people who found his inner child, which is what’s running for votes.”