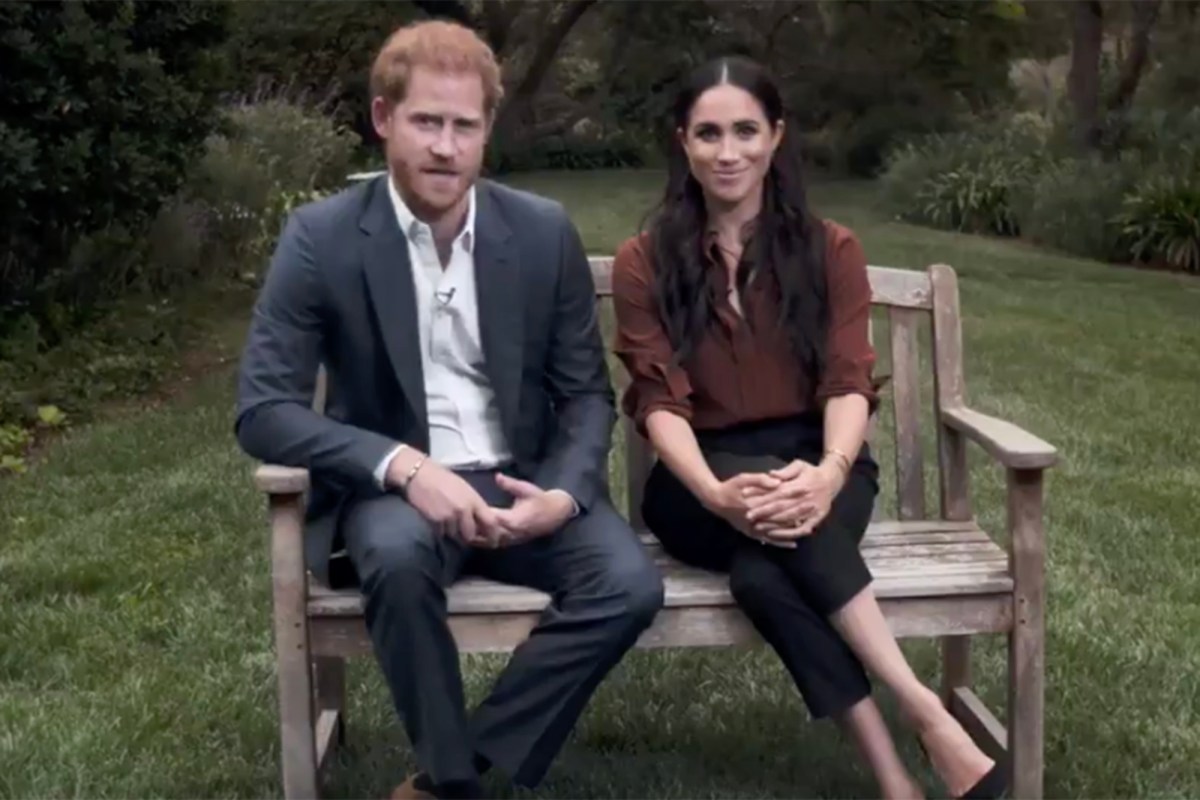 Meghan Markle and Prince Harry made an outdoor appearance Monday during ABC’s “Time 100” special, where they spoke from their new home.

Sitting on a bench in the backyard of their Santa Barbara estate, the Duke and Duchess of Sussex — who relocated to California earlier this year — gave viewers a glimpse of their expansive space filled with shrubs and greenery as they discussed the upcoming election.

“Now we’re just six weeks out from election day and today is national voter registration day. Every four years we are told the same thing, that this is the most important election of our lifetime. But this one is. When we vote, our values are put into action and our voices are heard. Your voice is a reminder that you matter because you do and you deserve to be heard,” Meghan said.

Harry, 36, who will not be able to vote, nor has he in the UK his “entire life,” then stated, “It’s vital that we reject hate speech, misinformation, and online negativity.”

Meghan, 39, has been a target of cyberbullies since becoming a member of the UK’s royal family, which enforced a crackdown on trolls in March 2019. While the Sussexes have since stepped down as “senior royals,” their vision of a collective community remains of utmost importance.

She later added, “Let’s challenge ourselves to build communities of compassion.”

Earlier this week, Gloria Steinem revealed Meghan had been cold-calling Americans and urging them to vote. The two sat down together for a discussion over the summer.