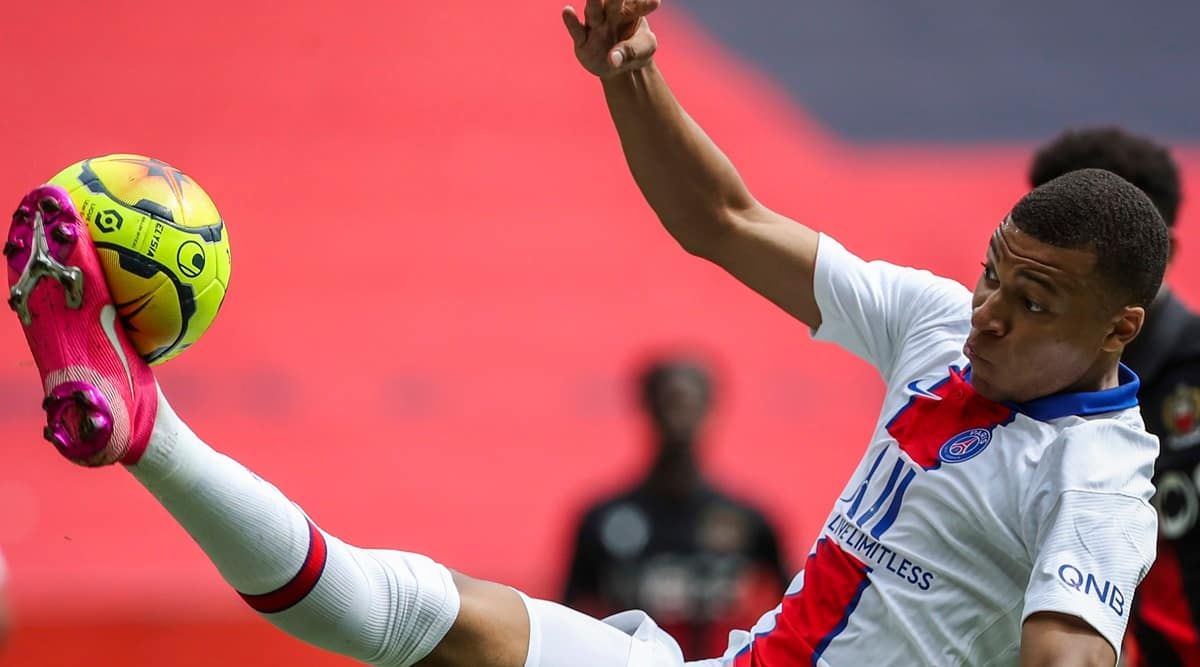 French league leader Saint-Etienne wasted a two-goal lead and a chance for a fourth straight win when it drew 2-2 at Nantes on Sunday.

Saint-Etienne leads Rennes on goal difference with both sides on 10 points.

Teenage midfielder Adil Aouchiche netted from close range in the second minute after latching onto Yvan Neyou’s cross. Left back Yvann Macon made it 2-0 to Saint-Etienne midway through the second half before Nigeria forward Moses Simon responded and Belgian forward Renaud Emond salvaged a draw with his first touch after coming off the bench.

The 18-year-old Aouchiche made a tough choice leaving French champion Paris Saint-Germain. He could have been playing alongside Neymar and Kylian Mbappe this season, but intense competition for places would likely have restricted his chances.

Earlier Sunday, Mbappe returned to the PSG side after recovering from the coronavirus and starred in a 3-0 win at Nice.

Mbappe won and converted a penalty in the 38th minute and after his fine run and shot was saved in first-half injury time, Angel Di Maria tucked the loose ball away.

“I’m impressed by his performance given he’s only had one training session with the team,” PSG coach Thomas Tuchel said of Mbappe. “He also shows he can do amazing things and can make the difference. That helps us a lot.”

Di Maria’s free kick set up Marquinhos for a header midway through the second half.

A second straight win takes some pressure off Tuchel after eighth-place PSG lost its opening two games amid a flurry of red cards and Neymar was suspended along with three other players.

But in a blow for Nice, striker Kasper Dolberg was absent after testing positive for COVID-19.

Nice went close in the second half. Former Everton midfielder Morgan Schneiderlin’s shot from 20 meters was palmed away by ‘keeper Keylor Navas, who saved with his legs from Rony Lopes.

Navas also saved against Youcef Atal before Marquinhos made the game safe, and Mbappe had an effort given offside before being replaced.

Seventh-place Marseille, which beat PSG 1-0 in Paris last Sunday after nine years without a win against its bitter rival, needed a late header from substitute Valere Germain to scrape a 1-1 home draw with Lille at Stade Velodrome.

Brazilian forward Luiz Araujo put fifth-place Lille ahead early in the second half with a fine finish, had a shot saved by goalkeeper Steve Mandanda in the 63rd and then hit the crossbar two minutes later.