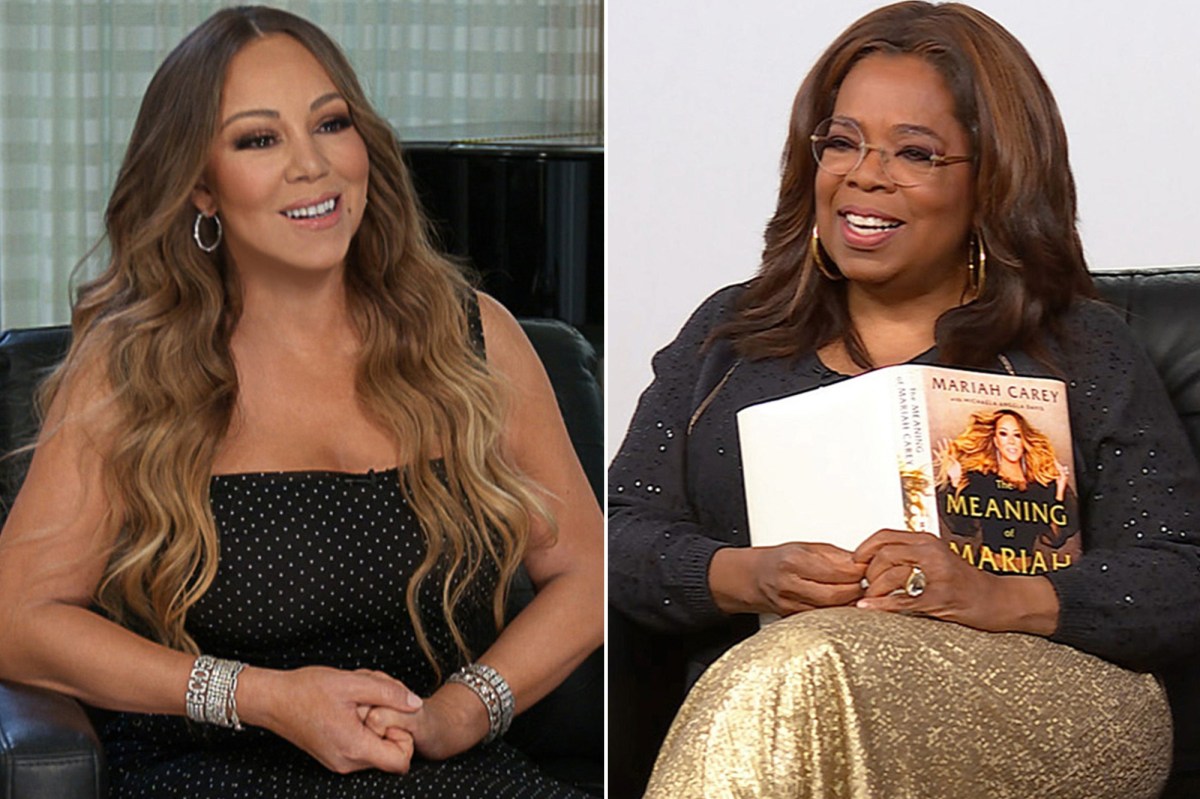 Mariah Carey has an explosive new book coming out — and she’s dropping some truth bombs on Oprah Winfrey.

The “Hero” singer-songwriter revealed Wednesday night via Instagram that she’s in “The Oprah Conversation” hot seat Thursday on Apple TV+.

“I couldn’t have asked for a better way to introduce my memoir than having a conversation with my friend, therapist and icon Ms. @oprah, on her series @theoprahconversation,” Carey, 50, hyped in her Insta post. “Watch tomorrow on @appletv”

But the juiciest bits come in the video clip that accompanies the “Butterfly” diva’s post.

“I wouldn’t have gone here if I hadn’t been treated as an ATM machine with a wig on,” the self-proclaimed elusive chanteuse is heard telling Winfrey.

The talk show titan, 66, responds: “The loneliness and sadness behind the facade — I now understand it.”

Social media sleuths were quick to surmise that Mariah must have been referring to her marriage to ex-husband Tommy Mottola, the former Sony Music boss she met in 1988, married in 1993 — and left in 1997.

In advance copies of “The Meaning of Mariah,” Carey describes their “Sing Sing” mansion in upstate New York as a plush prison of sorts, with security cameras and guards around the house, the Los Angeles Times reported.

But in her new chat with Oprah, she laid the blame on estranged family members who sold her out to the tabloids repeatedly, and said anything revealed in the book is because they “drew first blood, historically.”

Mottola, 71, told Page Six Wednesday that he is “deeply gratified to have played that role in Mariah’s well-deserved and remarkable success, and continue to wish her and her family only the very best.”

Carey’s tell-all tome drops Sept. 29 — and she’s been very busy promoting it and her recently released collection of B-sides and fan fave tracks titled “The Rarities.”

Previously reported details from the rags-to-riches tale include the revelation that New York Yankees shortstop Derek Jeter wasn’t “the love of my life” — but he did help her exit what she has described as an overly restrictive marriage to Mottola.

The singer, who also admitted that she wrote “My All” and “The Roof” about Jeter, told Winfrey they bonded over their biracial backgrounds.

“He was a catalyst — and I think that it was beautiful,” she told the host. “And his family was a healthy family, and they changed my viewpoint that: ‘Oh, it’s because of the biracial situation that my family’s so screwed up’ … It was healthy for me to see a functional family, that, you know, basically kind of looked like mine but didn’t feel like mine.”