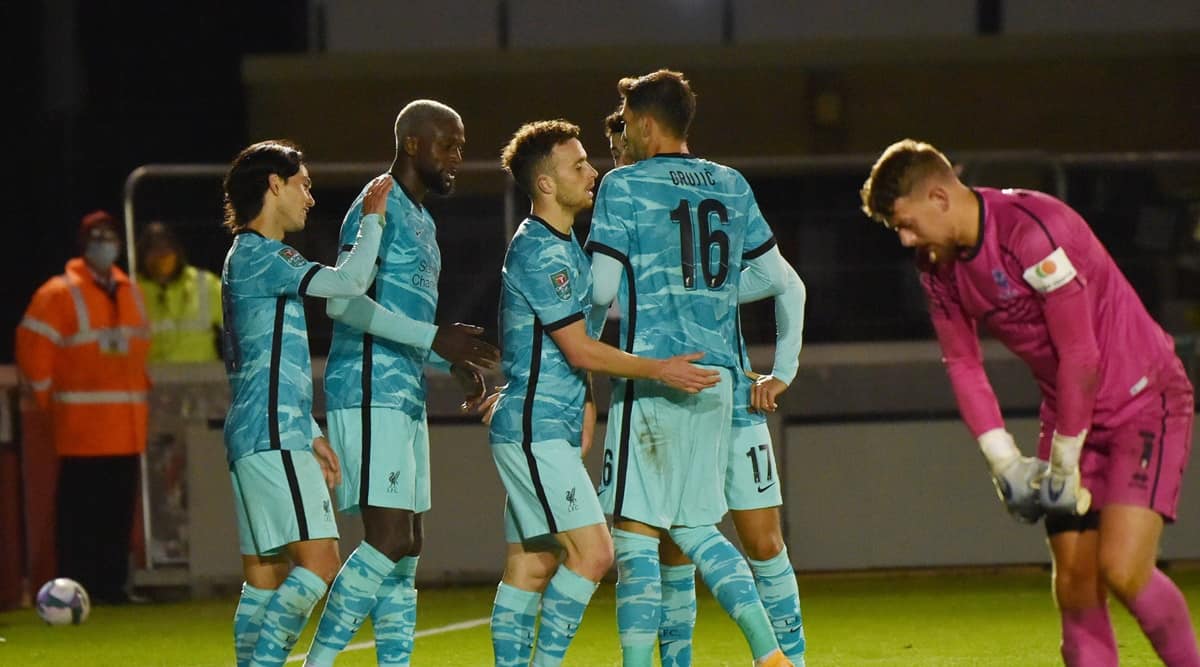 Liverpool teenager Curtis Jones scored twice in a 7-2 victory over Lincoln in the League Cup, and defending champion Manchester City edged past Bournemouth 2-1 on Thursday.

Liverpool advanced to a fourth-round meeting next Thursday with Arsenal, which also plays at Anfield in the Premier League on Monday.

Phil Foden’s late goal secured City’s progress to a match next week with Burnley. Bertrand Traore made a scoring start to his Aston Villa career in a 3-0 win at Bristol City that set up a meeting with Stoke.

The 19-year-old Jones scored Liverpool’s third and fourth goals before halftime, cutting in from the left on both occasions to curl in right-footed shots, and was the visitors’ main creative force in midfield.

Jones also won the free kick from which Xherdan Shaqiri whipped in the opener for his first goal in over nine months.

Takumi Minamino continued his promising start to the season with a first-time shot in the 18th minute.

All of Liverpool’s four first-half goals were scored from at least 20 yards.

Eighteen seconds after the break Minamino added another, stabbing in Harvey Elliott’s smothered effort. Marko Grujic scored his first for the club almost five years after joining, and Divock Origi wrapped up the rout in the 89th with his ninth goal in 12 League Cup matches.

Tayo Edun and Lewis Montsma had made it 5-1 and 6-2 by scoring for third-tier side Lincoln.

City took the lead in the 18th when Foden set up Delap, who swept a left-footed shot into the top corner from just inside the box.

But Bournemouth, which was relegated from the Premier League in July, leveled in four minutes through Sam Surridge.

City brought Kevin De Bruyne and Raheem Sterling off the bench in the latter stages and secured the victory in the 75th when Foden scored after Riyad Mahrez hit the post.

Anwar El Ghazi struck in the 11th minute and Traore quickly doubled the advantage against Bristol City with a volley 14 minutes into his debut after joining from Lyon.

Ollie Watkins, on as a 70th-minute substitute for Traore, scored his second goal in this season’s competition within three minutes of his arrival.