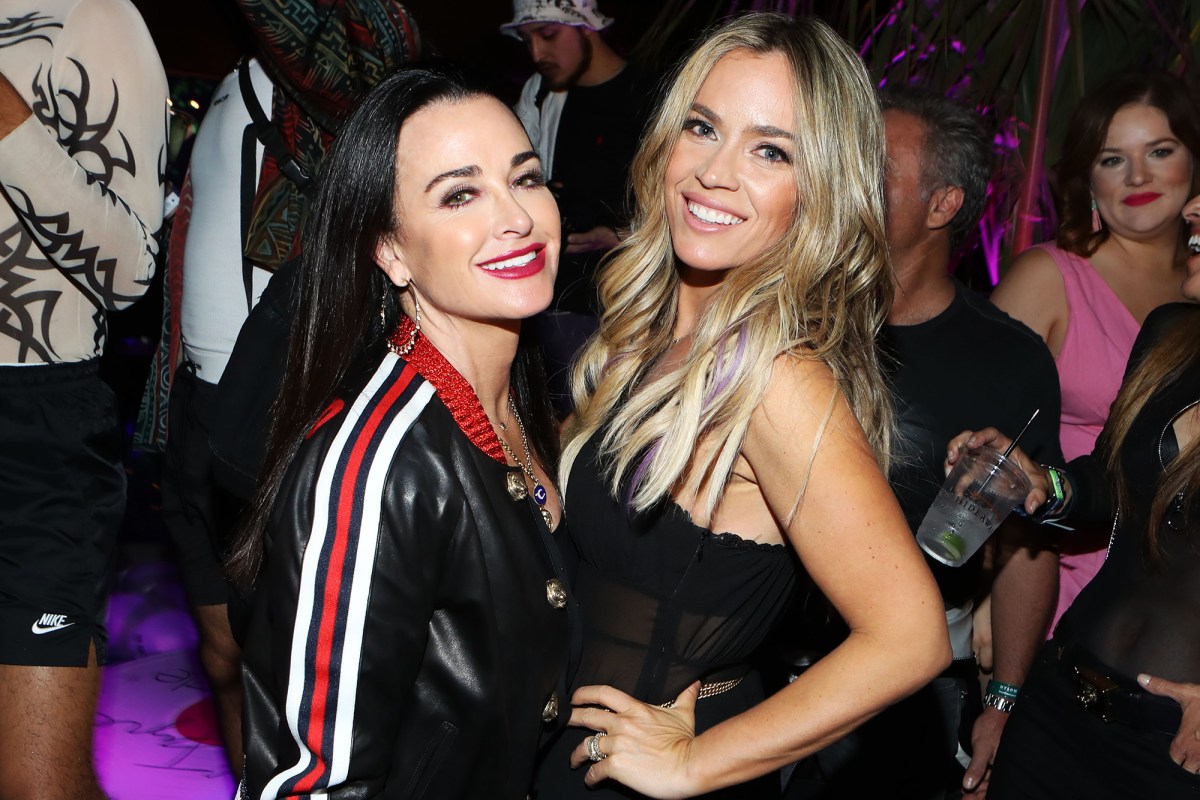 Kyle Richards celebrated Teddi Mellencamp in a touching Instagram post, hours after Mellencamp confirmed her departure from the “Real Housewives of Beverly Hills.”

“To my friend @teddimellencamp who I love & adore ..I am so grateful for #RHOBH for bringing you into my life,” Richards began “You are an amazing Mom, wife, sister, daughter & friend. You work so hard, always giving it your all . You are so smart, kind , thoughtful, funny & real.

“I look forward to witnessing what the universe has in store for you next. I know it’s going to be amazing. You deserve it all. Cheers 🥂❤️,” she continued.

Earlier this week, speculation mounted that Mellencamp was out from the Bravo series after three seasons. On Tuesday, the mother of three confirmed the news on social media via video.

“I recently found out that my contract as a ‘Housewife’ is not being renewed,” the accountability coach said in the clip, likening her exit to a “breakup.”

“When I got the news I was sad. It feels like a breakup almost because you develop such strong relationships with the cast, with the crew and you get to do incredible things that you’d probably never get to experience without the show,” she said.

Mellencamp, 39, whose friendship with Richards, 51, was a frequent topic of conversation among the cast, later replied to her pal’s Instagram post.

“For pete’s sake, I was about to fall asleep and then got this tag and had a little tear. I love you friend and can’t wait for many more years of laughter and trouble together,” she commented.

Mellencamp has recently come under fire off screen, as multiple women made allegations about her All In accountability program. Former participants claimed the program required 60 minutes of cardiovascular activity daily and that it restricted them to 500 calories a day. Mellencamp has since addressed the claims and defended her program.

“We realize that social media is a blessing and a curse, and it can bring out the best in people and the worst,” Mellencamp shared Thursday. “We have so many fabulous friends and fans on social, but there are also detractors, and there will always be people who want to feel better by making other people feel worse. That makes me sad, but it’s the way it is.

“I decided to start All In when so many of my Instagram followers started reaching out and wanted to achieve the same level of accountability, I had found for myself. I realized this in fact is my purpose and what I love doing. Helping others feel their best,” she concluded.