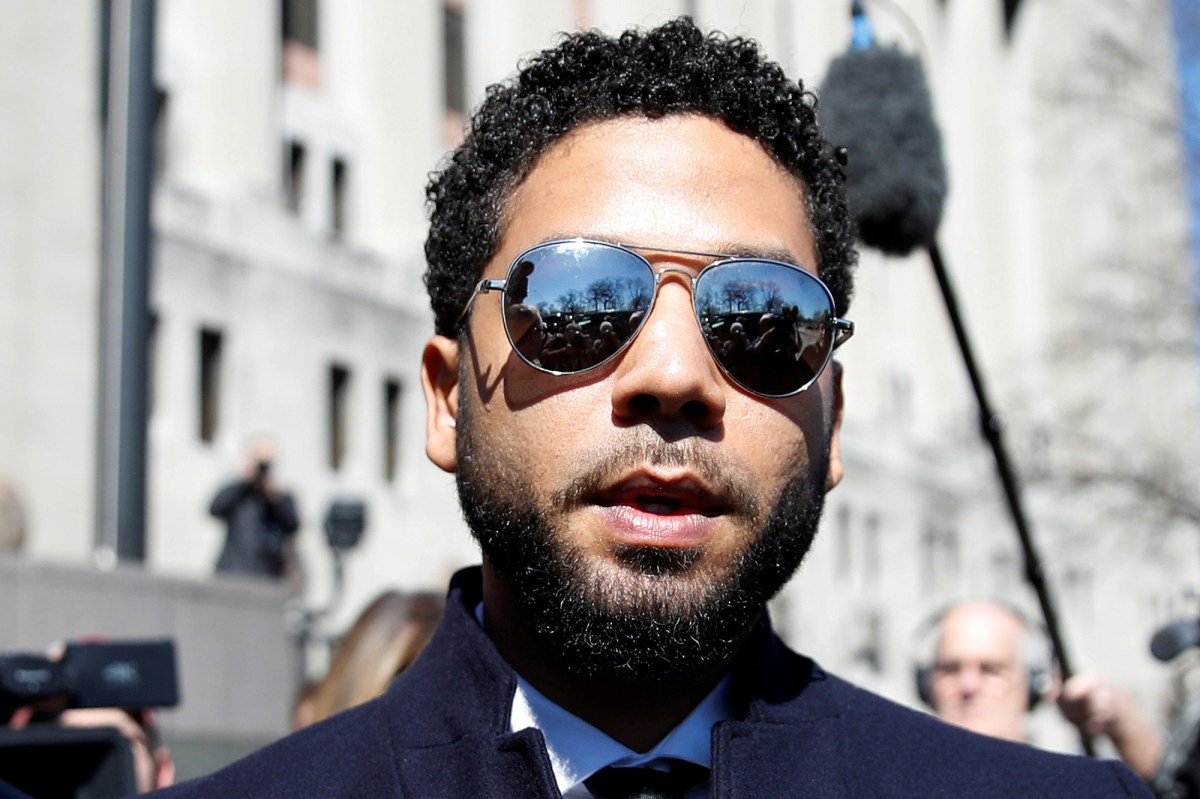 Jussie Smollett has once again asked a Chicago court to dismiss charges against him — arguing the grand jury testimony that led to his second indictment is invalid, according to a motion released Tuesday.

The motion, filed Sept. 9 by Smollett’s legal team, argues the actor’s second indictment was based on “illegal and incompetent evidence” gathered from Abimbola and Olabinjo Osundairo during the initial investigation into Smollett, which was later ruled invalid.

The Osundairo brothers, who know Smollett from the set of Fox’s “Empire,” have long claimed they were paid by the actor to stage a hate crime against him because he was unhappy with his salary.

Following the initial dropping of felony charges against Smollett in March of last year, Chicago Judge Michael Toomin ruled the case was invalid from Feb. 13, 2019 — the day Cook County State’s Attorney Kim Foxx recused herself from the case.

Toomin ruled everything about the case from that day forward, most notably the decision to drop charges against Smollett, was null and the case needed to be reinvestigated by a special prosecutor in order to restore the public’s faith in the criminal justice system.

In February this year, following a second round of grand jury testimony, special prosecutor Dan Webb brought new charges against Smollett for allegedly staging a hate-crime attack against himself in January 2019.

But it turns out the grand jury relied on testimony transcripts taken from the Osundairo brothers on Feb. 20, 2019. That testimony was ostensibly invalidated by Toomin’s order, Smollett’s lawyers argued.

“The OSP cannot have it both ways. It cannot convene a special grand jury based on Judge Toomin’s Order but then rely on the transcripts from those ‘void’ proceedings to secure a new indictment,” the motion states.

“Furthermore, there is no legitimate reason why the Osundairo brothers were not called to provide live testimony to the special grand jury, particularly when they live locally in Chicago, were available and cooperating with the OSP, and reportedly met with the OSP for hours only one month earlier.”

The attorneys call the omissions “substantial and prejudicial” and asked the court to drop the charges on the grounds Smollett wasn’t granted his due process rights as required by the Fifth Amendment.

Further, Smollett’s attorneys argue Webb’s team ignored a statutory requirement to inform the grand jurors they had the right to demand their live testimony if they so desired.

“Thus, based on the record available to the defense, the grand jurors were not aware that they could subpoena and question the Osundairo brothers instead of relying on their one-sided testimony presented by the OSP from proceedings which have been invalidated by the court. The grand jurors were also not advised that they had the power to make their own investigation unaided by the special prosecutor or the court,” the motion reads.

“The OSP’s failure to inform the special grand jury at the commencement of the proceedings, before each witness testified, and before a true bill was requested, misled the grand jury and deprived Mr. Smollett of his right to the due process of law.”

A hearing on the matter is scheduled for Oct. 14. Webb did not immediately return a request for comment.