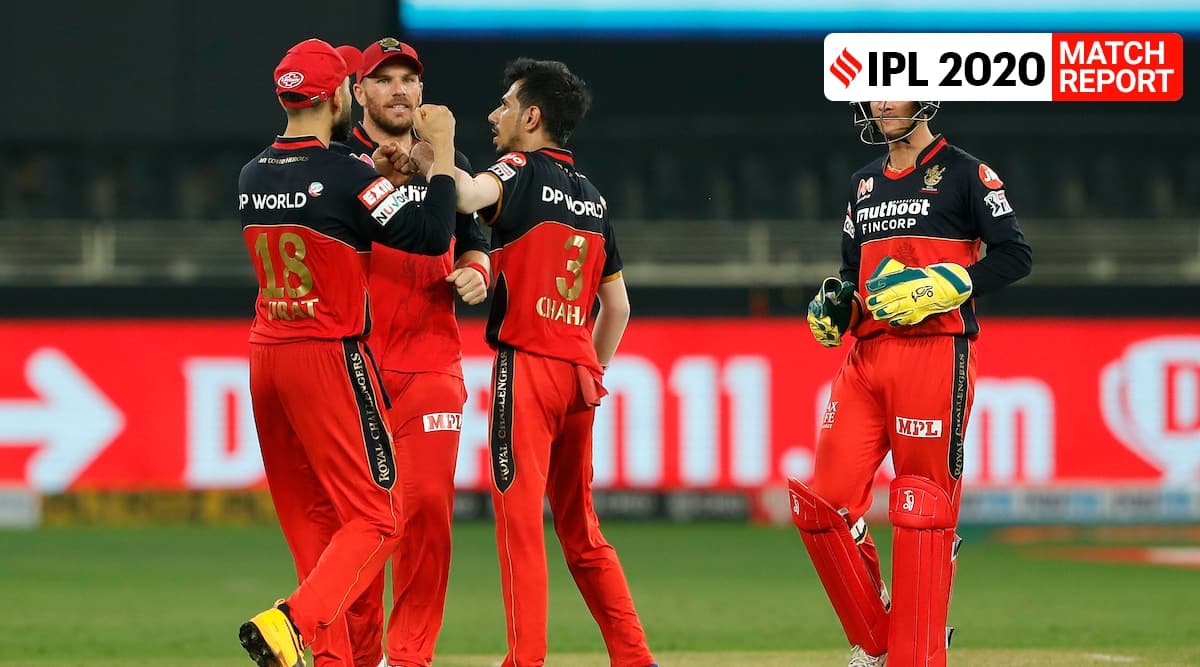 Yuzvendra Chahal won Man of the Match against SRH because of his 3/18. (Source: IPL)

A split-second brain-fade and a moment of genius, off successive balls, orchestrated an escape for Royal Challengers Bangalore in their Indian Premier League opener against Sunrisers Hyderabad. A familiar defeat loomed when Jonny Bairstow was chewing into the seemingly inadequate target of 164, riding his bravado as much as good fortune. But two deliveries by Yuzvendra Chahal rewrote the script and destiny of the contest, which Bangalore nicked by 10 runs.
The first ball was nothing extraordinary — a loopy, full delivery on leg-stump, utterly harmless. But Bairstow, a drop of fatigue kicking in, heaved wildly, the sort of shot that used to be the staple of a 90s tail-ender. The Yorkshireman missed the ball completely and got himself bowled. The usually inexpressive Bairstow hit the bat on the ground in anger. Maybe, he knew his team, thin on middle-order heft, would unfold. And unfold they did with chaotic ineptitude.

The English opener would be wondering how he wasted all the good fortune that had been bestowed upon him – he was dropped three times (on 40, 48, and 60).

Vijay Shankar would wish he had some as he got a peach straightaway. It was all disarming trickery. This ball was slightly more flighted than Chahal’s usual deliveries, luring Shankar into an expansive drive, ticked by that urge to feel bat on ball after a lengthy lay-off. But he left too big a gap between his body and bat and the googly found its way through. Thereafter, Sunrisers Hyderabad disintegrated. Bangalore might have felt reverse deja vu.

Yet again, Chahal turned out to be Virat Kohli’s archangel. When Bairstow and Manish Pandey were strolling, with a 71-run stand, the leg-spinner induced doubt with the fizz and turn he purchased off the surface. Pandey’s tentativeness turned out to be contagious, as Chahal was dealt as if he were spewing fire. 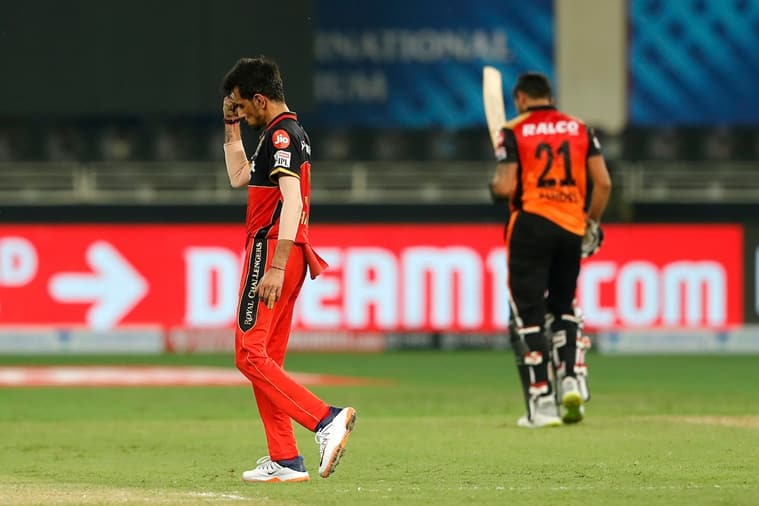 Chahal now is a pedigreed white-ball cricketer. Debutant Devdutt Padikkal illustrated he could emerge as one with a knock of disciplined, risk-free aggression.

The 20-year-old, on whose 42-ball 56 Bangalore built their innings before AB de Villiers unleashed butchery on an industrial scale towards the end, has a habit of making big first impressions, slamming half-centuries on his List A and first-class debuts. Monday’s innings will have an added gloss, as it came on the biggest stage yet for the tall left-hander.

Paddikal went on the attack on only the fifth ball he faced, sashaying down the track and creaming Sandeep Sharma over midwicket, one of his preferred hitting arcs in this format. Wristy sixes on the legside, stylish drives on the offside and haring quick singles, he looked quite the part. Unusually light-footed for a tall batsman — he is six-feet-four — he made full use of his range.

Exhibit 1: Bhuvneshwar Kumar’s slower delivery was wide enough to have been called one had he not stretched his long arms. Yet, Paddikal’s balance was immaculate when he slapped it through cover. Exhibit 2: T Natarajan slipped in a tempter outside the off-stump. Padikkal got sucked into the drive but realised his stride was inadequate. However, he went through with the stroke and timed it sweetly.

READ | Emotional Rollercoaster: Of audacious smiles and agony of guilt

A majestic pull, the swivel stoking memories of Yuvraj Singh, and a dismissive clump through midwicket demonstrated his leg-side preference. Several virtues shone through his knock, sedate by T20 standards, but one that exuded quality and promise in equal ounces. Predominant among them was his bat-swing – like the measured swish of a rapier – and the bat-speed, requisites to be a proficient puller of the cricket ball. There is nothing jerky or knotty about his batting either.

When eventually he was bowled by Vijay Shankar, Paddikal smiled as he was patted on the head by Aaron Finch, his opening partner. Another starlet from the endless Bangalore production line.

But his departure, allied with that of Finch next over, stalled RCB’s frictionless impetus. From 86/2 in 10.1 overs, they crawled to 123/3 in 16 overs. That familiar sinking feeling might have crept among their faithful, before an even more familiar sight of de Villiers disarraying the best-laid plans of the bowlers, allayed their fears.

It’s been nearly 10 months since de Villiers played any sort of competitive cricket, but here he was pummelling and smearing bowlers to all parts of the ground with calm authority. Sometimes in the air, sometimes on a knee, sometimes with just one hand, the South African sculpted a miniature masterpiece that ensured Padikkal’s debut knock didn’t end in tears. The 51 was a leisurely one by his de Villiers standards, since it took 30 balls, but the prowess still remains undiminished. The stars finally seemed to align for Kohli and his perennial underachievers.