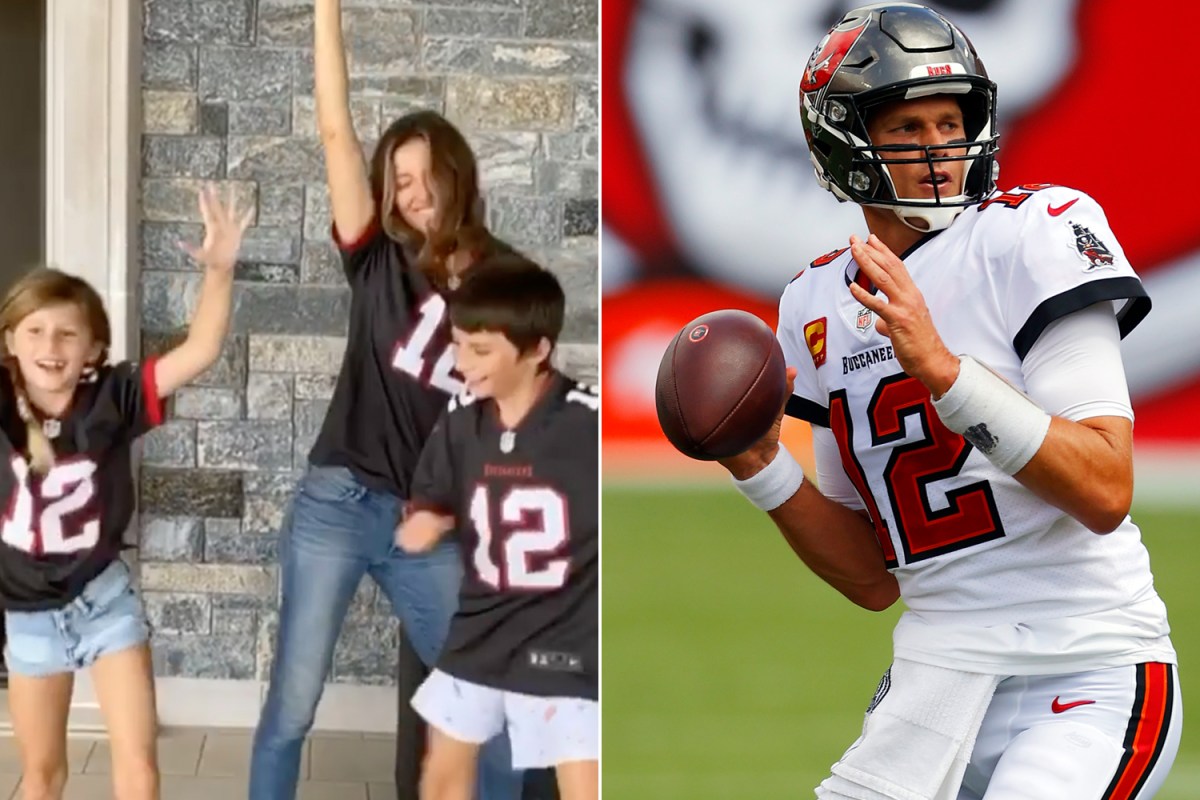 On Sunday, the 40-year-old supermodel posted a cute video of herself wearing Brady’s Tampa Bay Buccaneers jersey as she and the couple’s two kids, son Benjamin and daughter Vivian, cheered on the 43-year-old quarterback from home.

It appears Bündchen has the magic touch as Brady and the Buccaneers are currently rolling over the Carolina Panthers, 21-0, in the second quarter. The quarterback has one touchdown for the day so far.

Brady’s highly anticipated debut with the Buccaneers last Sunday was anything but smooth, as he finished with 239 yards for two touchdowns and two interceptions. Tampa Bay’s head coach, Bruce Arians, later chewed out Brady over his performance.