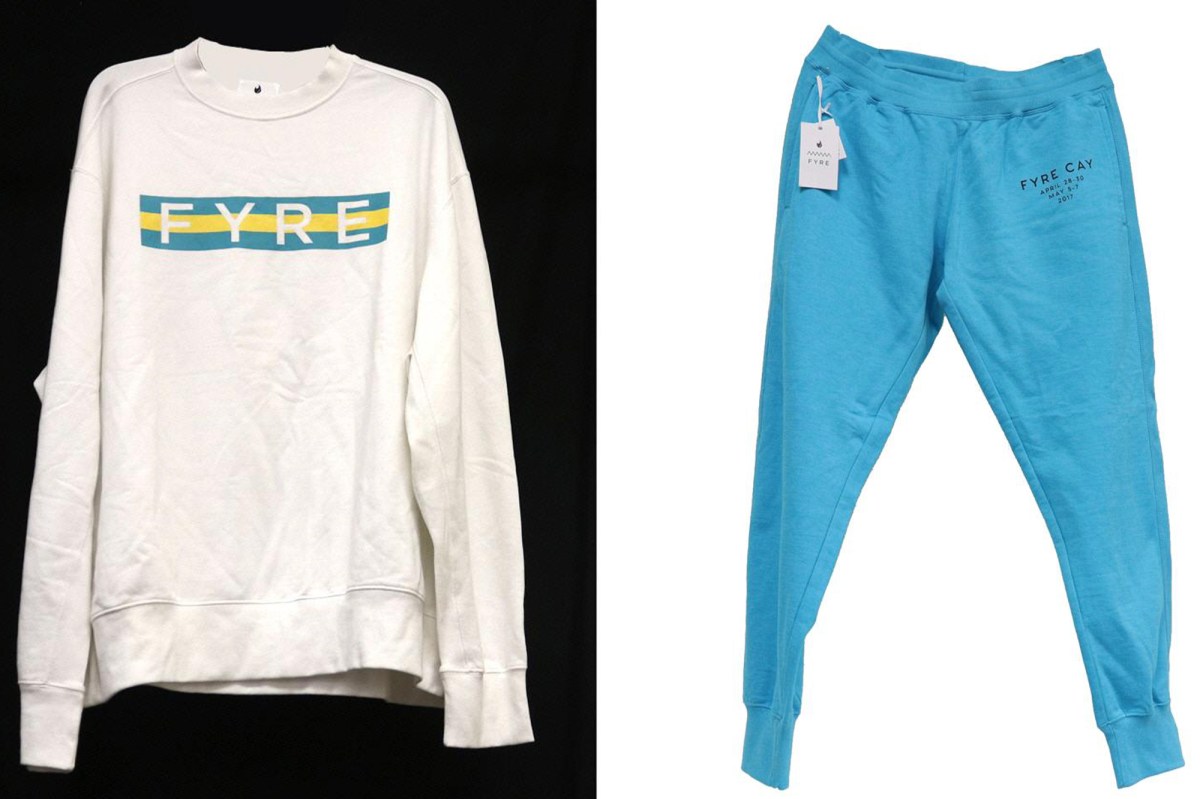 The US government is auctioning wearable true crime conversation pieces.

Fraudulent merch from the ill-fated Fyre Festival is now up for sale at a Texas auction house. The collectors items from the notorious 2017 scam event are selling at a steep discount from incarcerated Festival co-founder Billy McFarland‘s original markup.

“This Fyre Festival-branded clothing and other items that were seized from Billy McFarland were originally intended to be sold at the Fyre Festival itself but were kept by McFarland, with the intent to sell the items and use the funds to commit further criminal acts while he was on pre-trial release,” the US Marshals Service wrote in a release on its site. “The proceeds from the sale of these items, all traceable to McFarland’s $26 million fraud, will go toward the victims of his crimes.”

The 126 collectors items include two pairs of yellow jogger sweat pants with a $70 price tag still attached (and a current bid of $45), a pair of black wristbands bearing the words “Conspiracy to change the entertainment industry,” (current bid: $10) and a Fyre-branded black baseball cap ($50).

The US Marshals confirmed last March that the items would be sold to benefit the fraudulent luxury event’s victims.

“We have an assortment of the ‘real thing’ Fyre Festival-branded T-shirts, sweatpants, sweatshirts, hats, wristbands and medallions,” officials told Vulture at the time. “Our objective always is to get the funds back to the victims as fast as we can.”

The auction house is a proud and frequent seller of items seized by the US Marshals Service. In addition to the Fyre Fest haul, this currently includes a movie poster for the 1956 film “Forbidden Planet,” ($2,500) and a studded leather sofa ($100).

McFarland, 28, is currently imprisoned in Ohio, serving a six-year prison sentence for fraud. In July he tested positive for the coronavirus after being denied his April request for an early release due to the spread of COVID-19. He is set to be released in 2023.