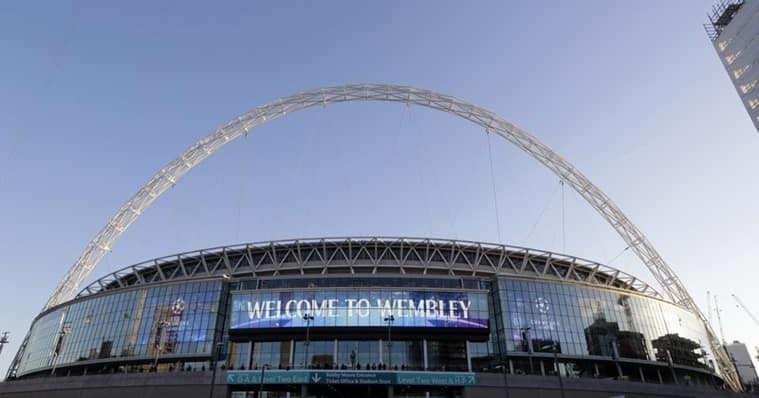 There will be no walk up to the royal box. No Prince William to hand over the trophy.

Either Arsenal captain Pierre-Emerick Aubameyang or Chelsea counterpart César Azpilicueta will have to pick it up themselves on the pitch.

Even the traditional pre-match “Abide With Me” hymn will be a prerecorded version by Emeli Sandé at Wembley Stadium.

Played without any crowd due to pandemic restrictions, the 139th FA Cup final on Saturday will be the most unusual in the history of the world’s oldest football competition.

And it will be played more than two months after it was originally scheduled, on an August day when England would usually be preparing for the start of a new domestic season rather than completing the last one.

“It’s definitely been a crazy season for everyone,” Chelsea winger Christian Pulisic said.

Fans will still be heard ahead of kickoff for a minute when conversations about mental health involving fans and players are played out as part of a soundscape.

Before kickoff — like every English game in the last six weeks — players will take a knee to show solidarity with campaigns against racial injustice.

It’s why this is being called the Heads Up FA Cup final — with Emirates airline handing over the title sponsorship to the mental wellbeing campaign spearheaded by Prince William.

“I believe more than ever that football can be the catalyst that drives this change and brings us closer together,” said the second-in-line to the British throne.

And in a rare moment of footballing candor this week, the Aston Villa-supporting Duke of Cambridge said he would previously have been a “bit concerned” about his son, Prince George, supporting Chelsea.

“But now,” he said. “Frank’s come in I feel the culture’s a bit different at Chelsea and I’d be OK with it.”

Chelsea’s all-time top-scorer, Lampard has exceeded expectations in his first season back at the west London club as manager.

The former midfielder was unable to make any signings when he took charge a year ago due to a FIFA transfer ban, with Pulisic the only addition to the squad before the deal was already in place.

But Lampard led Chelsea to a fourth-place finish to ensure Champions League qualification and now has an early chance to pick up a cup.

“At this stage in my career, my first year at Chelsea then of course I’d love to do that,” Lampard said. “Many a great manager over periods of time have not been able to win things.”

Arsenal manager Mikel Arteta has certainly been impressed by the 42-year-old Lampard’s introduction to the Premier League.

“The consistency he was able to play for that many years, in the position that he played at such a big club, and doing what he did, was incredible,” Arteta said. “Big credit to him on that. As a manager he has shown, since he went to Derby (before Chelsea), the kind of person and ambition that he has, and the way he encourages his team to play.

“Again this season he has done a really good job. We are both young, we are both trying to learn as well our positions.”

Arteta left Manchester City, where he was Pep Guardiola’s assistant, in December to replace Unai Emery after the north London club struggled in the post-Arsene Wenger era.

“I have been in touch in the last few months a few times with him but not before the final,” the 38-year-old Arteta said. “It is private conversations but it is great to have him on board. He gives you great advice … He has got such a knowledge and he is such an intelligent person, that just knowing he is there and he is going to be supporting us and supporting me, I feel calmer.”

While Chelsea has already secured European qualification, winning the FA Cup is the only route into the Europa League for Arsenal after finishing eighth in the Premier League — 10 points behind Chelsea.

“We’ve worked so hard since I joined here to try to bring this club back to winning titles, so if we can achieve that I will be delighted,” Arteta said. “But not for myself. For the players and the club.

“They’ve been through some very difficult moments in the last few seasons and as well for our fans, because they really deserve … some joy and some nice moments.”