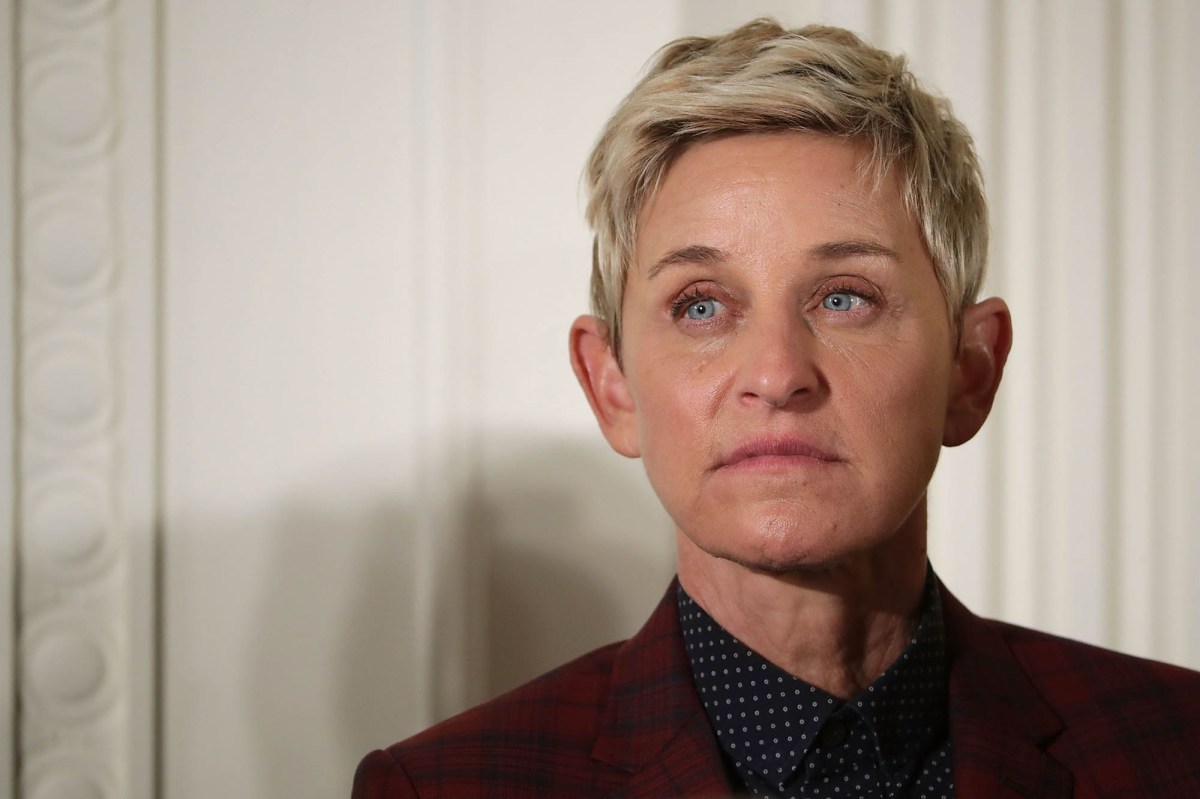 Ellen DeGeneres may be tired of talking.

Anonymous insiders at Telepictures said the longtime host of her eponymous talk show is ready to hang up her microphone in the wake of recent allegations about “toxic” workplace conditions.

A source at Telepictures told DailyMail.com that the host is telling executives at Telepictures and Warner Bros that she has had enough and wants to walk away from the show.

“She feels she can’t go on and the only way to recover her personal brand from this is to shut down the show,” an insider told the outlet on Friday. “The truth is she knew what was going on — it’s her show. The buck stops with her. She can blame every executive under the sun — but Ellen is ultimately the one to blame.”

Reps for DeGeneres and the show have not yet responded to The Post’s request for comment about the latest in a long string of claims.

On Thursday, DeGeneres, 62, addressed allegations of behind-the-scenes racism and more in a memo to staff, saying she was “sorry” and suggesting unspecified changes would be made. The show’s executive producer, Ed Glavin, was reportedly let go.

“As we’ve grown exponentially, I’ve not been able to stay on top of everything and relied on others to do their jobs as they knew I’d want them done. Clearly some didn’t,” she said. “That will now change and I’m committed to ensuring this does not happen again.”

It also was revealed Thursday that dozens of former staff members had come forward with allegations of sexual misconduct, harassment and assault.

“Don’t think for a minute anything she has said in that apology means anything. She created and then enabled this toxic culture to go on for so long,” a staff member told the Daily Mail. “If anyone had come to her or those three vile EPs [executive producers] to complain, they would’ve been fired.”

Insiders also said that Telepictures has “had enough of her” and called DeGeneres a “phony who does not practice what she preaches,” as far as creating a happy environment.

“The behavior of her show executives has been appalling, but [Ellen] is no better,” a source said. “In fact, she is the worst. It’s outrageous that she is trying to pretend that this is all a shock to her. The fish rots from the head, and Ellen is the head.”

The source also alleges that DeGeneres “hates coming to work” and “struggles to be nice to people and has utter contempt for her audience,” adding that the host “has been phoning it in for so long” and suggesting she has been “staying for the money and celebrity it affords her.”

“We’ve dealt with her BS for so many years, she’s not innocent at all, she’s not nice and the show is not filled with happiness,” the insider said.

In the meantime, celebrities have been lining up for or against her, with “Everybody Loves Raymond” alum Brad Garrett calling her out for allegedly treating people “horribly.” Celebrity manager Scooter Braun called her a “kind, thoughtful, courageous human being.”

On Monday, sources said WarnerMedia’s employee relations group and a third-party firm would interview former and current staff members about backstage issues. The show also has faced the possibility of cancellation, but when asked by The Post about cancellation rumors in early July, DeGeneres’ production company reps said, “Telepictures can confirm it’s untrue.”