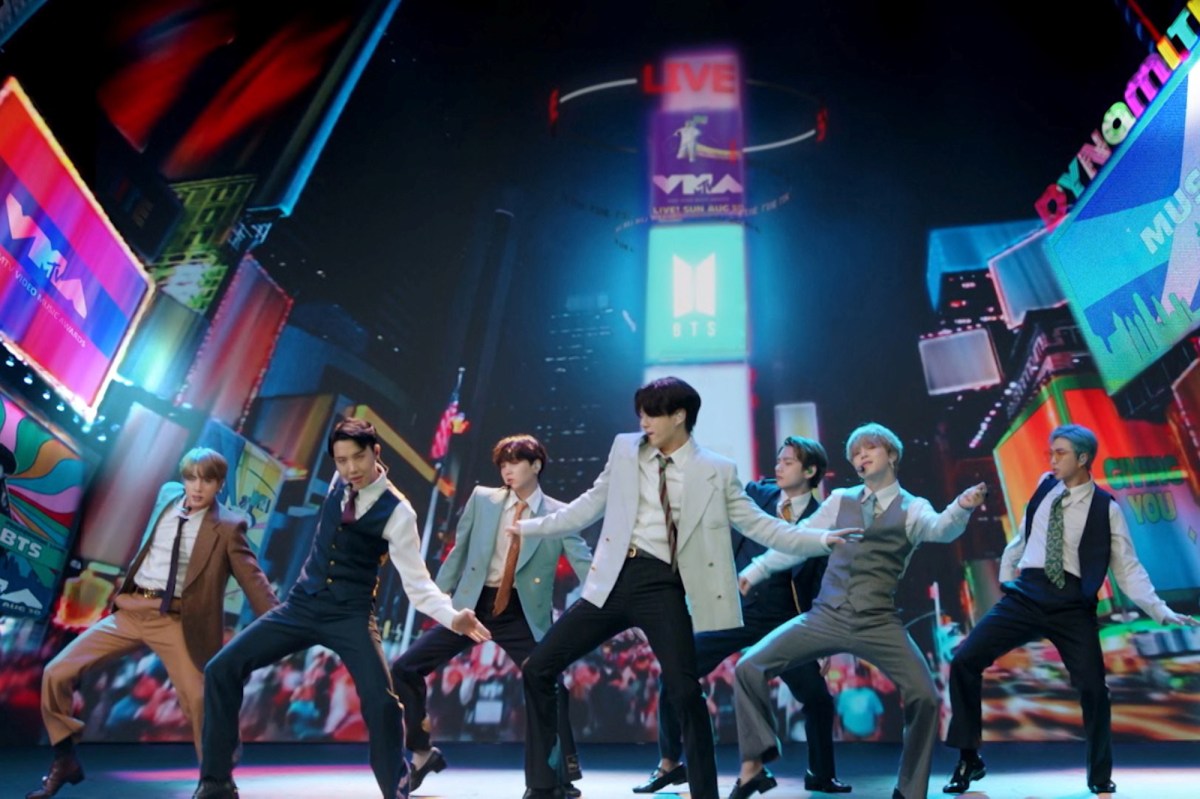 Get ready to be blown away by BTS all next week.

The South Korean boy-band sensations — who recently scored a No. 1 hit with “Dynamite,” their first English-only single — have secured a major late-night gig: a weeklong residency on “The Tonight Show Starring Jimmy Fallon” beginning Monday, Sept. 28.

In addition to delivering a musical performance each night, BTS will join Fallon for comedy bits and a virtual interview on Sept. 30, when the group will be the lead guest on the show.

BTS is clearly on a roll: They broke a viewership record with their Monday appearance on NPR’s “Tiny Desk Concert” series, which was filmed in Seoul. The performance — which featured a medley of “Dynamite,” “Save ME” and “Spring Day” — broke the series’ record for most YouTube views in its first day. And they shattered that 24-hour record in only 25 minutes.

Of course, last month the band’s “Dynamite” clip broke the YouTube record for most views by a music video in its first day, too.

And after making their debut performance at the MTV VMAs last month — also winning four Moonpersons — the K-pop heartthrobs are continuing to make big moves by appearing on Fortnite’s Party Royale Main Stage with a new “Dynamite” video (with new choreography, natch) premiering Friday at 8 p.m.

And after the video, “Fortnite” players can groove on over to check out the “Dynamite (Tropical Remix)” after-party.

No doubt, the BTS party is going nonstop.