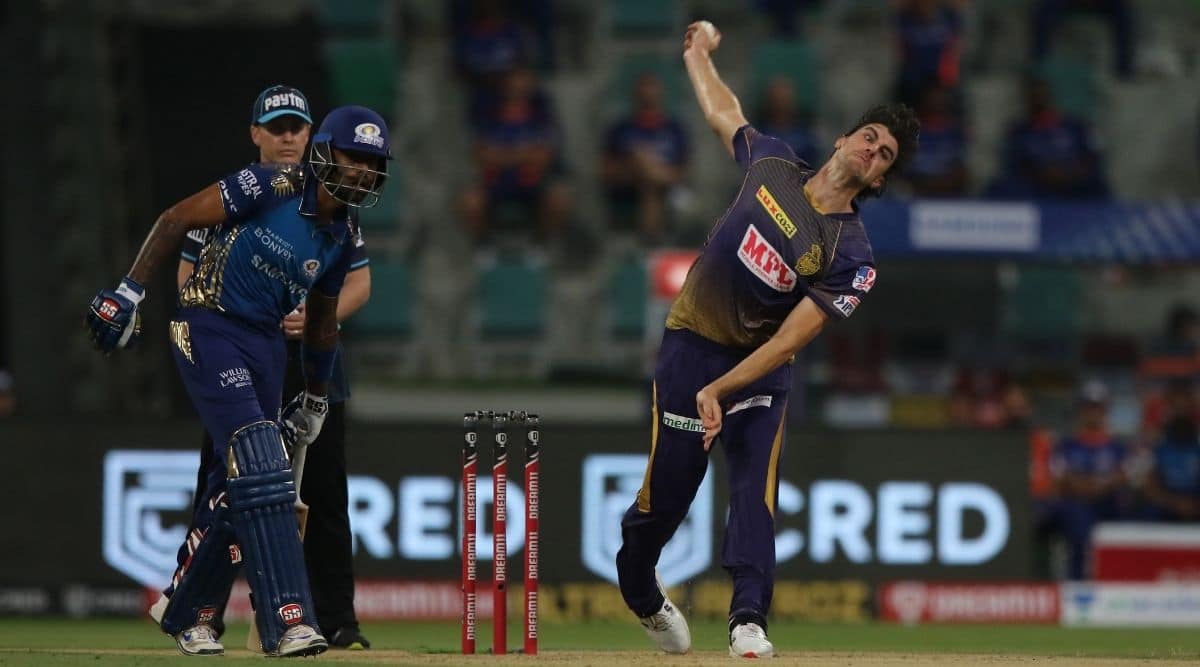 Kolkata Knight Riders skipper Dinesh Karthik finds it extremely “unfair” that his premier pacer Pat Cummins is being criticised after just one bad performance, that too when he played straight after completing his quarantine.

All eyes were on Cummins, this edition’s highest paid overseas recruit and he was taken apart by Mumbai Indians skipper Rohit Sharma as he went for 49 runs in 3 overs during KKR’s 49-run IPL defeat on Wednesday.

“It is very unfair to judge him (Cummins) right now. He is just off quarantine, (it is) at 3.30/4.00 PM when he got permission to come and play the match itself. We are just happy to have him and I don’t think this is a game where we need to judge him at all,” Karthik said at the post-match press conference.

The KKR skipper termed Cummins as a champion bowler who will eventually come good.

“Just the fact that he is a world champion bowler, from whatever I have heard and seen he is one of the best going around in the world. I trust him and I’m sure, he will come good,” said Karthik.

Karthik also had a word of praise for young Shivam Mavi, who returned with figures of 2/32, with wickets of Rohit and Quinton de Kock.
“Upfront he (Mavi) was very good. The poor guy missed out due to an injury last year and he is looking forward to this competition and he is shaping up well and that’s a good sign for KKR,” he added.

While someone like Andre Russell once again batted down the order at No 6, Karthik defended the decision, saying that it was more to do with keeping a left-right combination going.

“I think it is a strategy because it is done universally only simply because it is not easy for a bowler to bowl consistently to left-hander and a right-hander (and) even if they get their line a little wrong, it could go for runs. Because we have the advantage of doing that, sometimes we tend to do that,” he said.

Karthik said his side didn’t execute the slower deliveries well enough in these conditions.

“Some didn’t execute slower balls) that well because it was a little shorter and that is why the square boundaries came into play a lot more.”
For Mumbai Indians, Suryakumar Yadav, who came in at No 3 was one of the architects of MI’s victory with 47 off 28 balls, said that he won’t mind opening the innings if required.

“That is the team management’s call. I have loved opening for Mumbai Indians in the last two years and whenever they give me that opportunity, I would love to do that”.

While the ground dimensions are different, it didn’t change his or Rohit Sharma’s gameplan, insisted Surya.

“Yes, the boundaries are big but I don’t think there was any drastic change in his batting, he just kept things very-very simple, played his natural game, what he is known for and the result is there in front of you,” said the MI batsman.

“We were actually keeping things pretty simple, we were just backing ourselves and we knew we had played one game here and what strokes are to be executed on this ground, so we just stuck to our plan and it went out really well,� he explained.

Jasprit Bumrah had a rare off-day against CSK, but he bounced back in style and Surya termed the India pace-spearhead as the “best bowler in the world.”

“His rhythm, his work ethics and his discipline during the training sessions is unbelievable as I have been seeing in the last few days. He came back stronger and he will keep getting stronger as the game progresses,” he added.