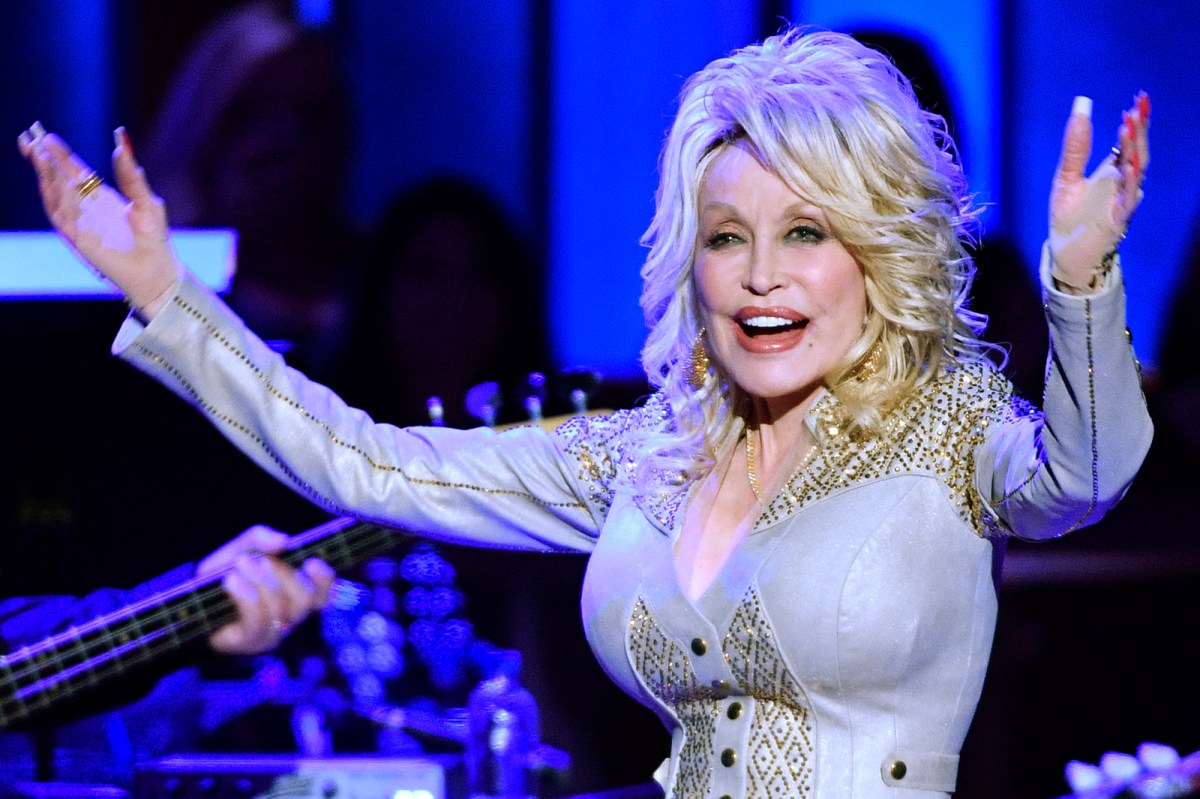 Dolly Parton has been subject to rumors that she has sleeve tattoos because she typically covers her arms with clothing.

Over the years, the gossip hasn’t let up.

However, Parton, 74, has never been in denial that she bears ink.

“I do have some tattoos, that’s true,” the “Jolene” singer told People magazine. “But they’re tasteful. I’m not a tattoo girl.”

She continued: “My tattoos are pretty, they’re artful and they usually started out to cover some scar, not to make a big statement,” she said. “Ribbons and bows and butterflies are the things that I have.”

Parton then explained her reasoning for getting tattoos.

“I was very sick for a while and I had to wear a feeding tube. It left a little indention in my side and I didn’t like it because I’m so fair that scars turn purple on me,” the “9 to 5” singer explained.

The scarring was an opportunity to have a positive experience from something negative, the country music legend said.

“I had a little beehive tattooed over it — a little yellow-and-brown beehive with a tiny little bee on top of the hive, she said. “The mouth of it is that little sinkhole.”

She first opened up about getting tattoos due to scars in an interview with “Good Morning America” in Nov. 2019.

Parton also addressed whether she has her longtime husband Carl Dean’s name tattooed on her body.

“No, he’s tattooed on my heart,” she joked with People.

She said getting more could be a possibility.

“I may just have to get covered with tattoos just so everybody could be right!” she said.

In 2014 on “Today,” Parton said people thought the reason she wore sleeves all the time was because she has “snake tattoos all over.”

“I’m not really one to have tattoos, but I do have a few and they’re not where you can see them,” she said.

Meanwhile, Roseanne Barr revealed Parton’s secret back in 2011 when she was on Craig Ferguson’s late-night show.

“Do you know who’s totally tattooed? I shouldn’t even tell this. Dolly Parton is totally tattooed,” she said. “She showed me. She’s got all these awesome tattoos all over her body — no black or blue lines, all like, pastel gorgeous bows all over everything.”

Among other rumors, Parton addressed headlines claiming she was bedridden because her breasts were too heavy.

“I just laugh,” the singer told People. “Well, they are heavy, but they haven’t crippled me yet.”

If her breasts were that much of a problem, she would do something about it, she said.