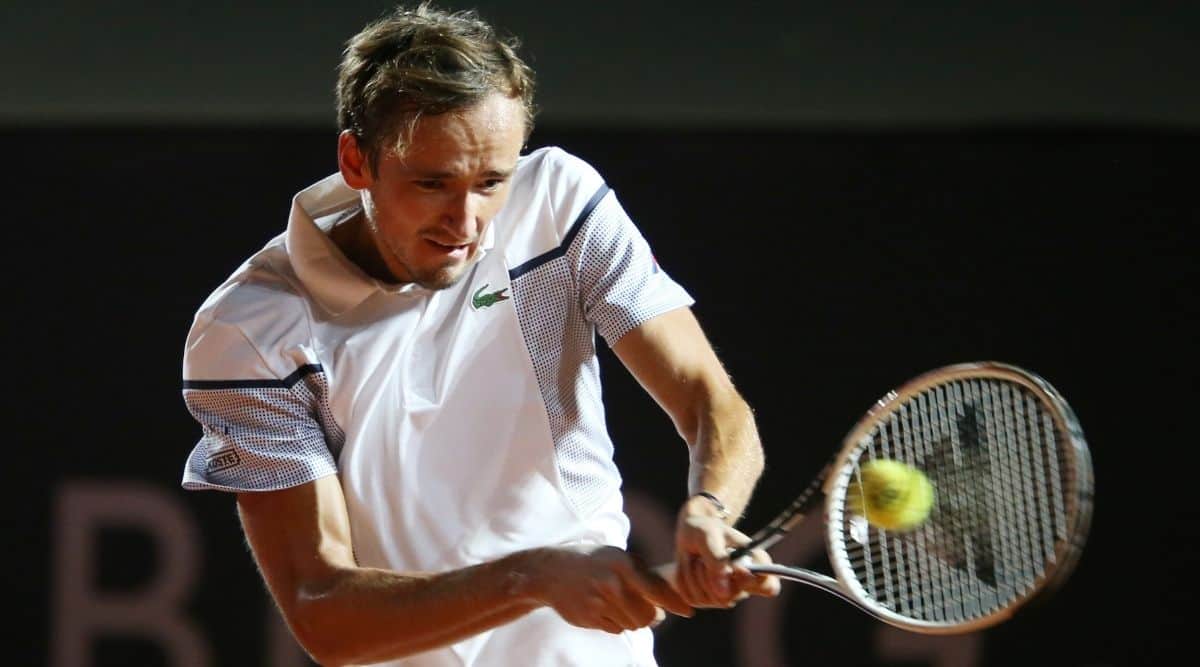 Russia’s Daniil Medvedev in action during his first round match against France’s Ugo Humbert. (REUTERS/Cathrin Mueller)

Daniil Medvedev lost his first match since reaching the U.S. Open semifinals as he was beaten 6-4, 6-3 by unseeded French player Ugo Humbert in the first round of the Hamburg European Open.

The top-seeded Medvedev was a break up at 4-3 in the first set but was broken twice in a row by Humbert, who is ranked 36 places below the Russian at 41st.

This was Medvedev’s only clay-court warm-up ahead of the French Open. He hadn’t played on clay for 16 months since a first-round defeat at last year’s French Open and played only at hard-court tournaments in the last 14 months. Humbert next faces qualifier Jiri Vesely.

Medvedev lost to eventual winner Dominic Thiem in the semifinals of the U.S. Open.

Third-seeded Gael Monfils was also eliminated in the first round, losing 6-4, 6-3 to 103rd-ranked Yannick Hanfmann.

Hanfmann needed just 1 hour, 13 minutes to wrap up the win and the German will next face Cristian Garin, who swept past Kei Nishikori 6-0, 6-3.

Garin is bidding to win his third trophy on clay this year.

The 32-year-old Bautista Agut, who became a father for the first time last week, saved two of the four break points he faced and converted four of his nine opportunities to win in 1 hour, 25 minutes.

The Spaniard next faces Dominik Koepfer of Germany for a place in the quarterfinals. Koepfer defeated Yoshihito Nishioka 7-6 (0), 4-6, 6-1.
Fabio Fognini built up momentum after a slow start to oust Philipp Kohlschreiber 4-6, 6-1, 7-5. The sixth-seeded Italian will play either Casper Ruud or Benoit Paire in the second round.