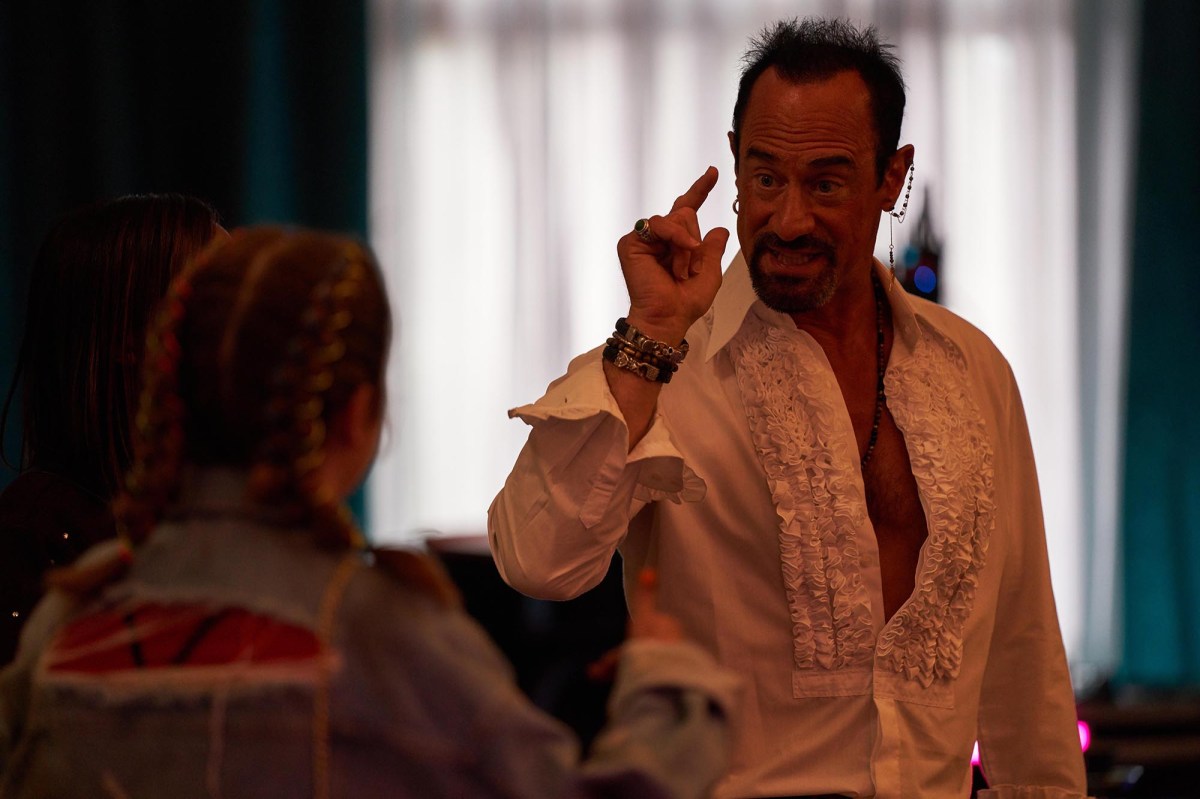 Christopher Meloni shows a completely different side of himself in “Maxxx,” Hulu’s six-episode comedy series created by star O-T Fagbenle.

Meloni and Fagbenle previously worked together on Hulu’s “The Handmaid’s Tale,” in which Fagbenle plays Luke, June’s (Elisabeth Moss) husband who fled to Canada to escape dystopian Gilead. Meloni guest-starred in Season 3 as Commander Winslow.

Meloni, who’s back this fall as Elliot Stabler in the NBC spinoff “Law & Order: Organized Crime,” spoke to The Post about playing Don Wild … and his fear of long fingernails.

Did your connection to O-T Fagbenle factor into your role on “Maxxx”?

There was no connection. I guess I never even brought it up. He was like, “I’ve just been a fan and your name came up and everybody was like, ‘Oh, man, that would be great.’” I’m always surprised when that happens. I don’t know that they see in me, but God bless ’em for their vision (laughs).

Was Don based on anyone you know?

He was built out of whole cloth, but one of the pictures I had in my mind was … [British-born New York club owner] Peter Stringfellow. I actually worked at his club as a bartender in the late ’80s before it was a strip joint. He always struck me as a little bit of a Peter Pan guy, someone who thought of himself as a 26-year-old trapped in a 65-year-old’s body. Don is a little more of an erratic, crazier guy.

Did you have input into Don’s accoutrements?

He was originally written as guy in his 70s and I had a lot of questions right out of the gate like, “Have I not aged that well?” O-T said, “No, your name just came up” and they decided to throw [Don’s age] out the window. I came up with the perpetual tan thing — I think we’ve all seen that — and I came up with Don’s earring. I had my ears pierced a thousand years ago and [the piercing holes] were actually still open. I couldn’t believe it; I was fully prepared to get my ears re-pierced.

The costume designer was amazing and put the accoutrements together to give Don that Bono-type flair.  O-T and the director said, “We see a goatee thing” and I said, “OK, I’m fine with that, but it has to be dyed” — you know, that Las Vegas dye job where it’s like, “I’m going to continue to keep this mirage alive — I’m wrinkly but just look at my tan.”  I still don’t understand what this means but I grew my fingernails long, and that had a huge effect on everything else. It nearly drove me crazy. I like my fingernails short and it was such a mind-f–k. I was laughing at myself the whole time, like, “Really dude? You’re growing out your nails? Isn’t that mentally traumatic for you?” I didn’t touch my nails for three months, only filed them to make them look nice. I brought my acoustic guitar to London, but my nails became so long I couldn’t play it — they kept hitting the fret board.

Season 1 ends on an open-ended note. Any chance the series will return?

That’s a question for O-T, but I’ve already begged him. I love London, and I loved working on it.