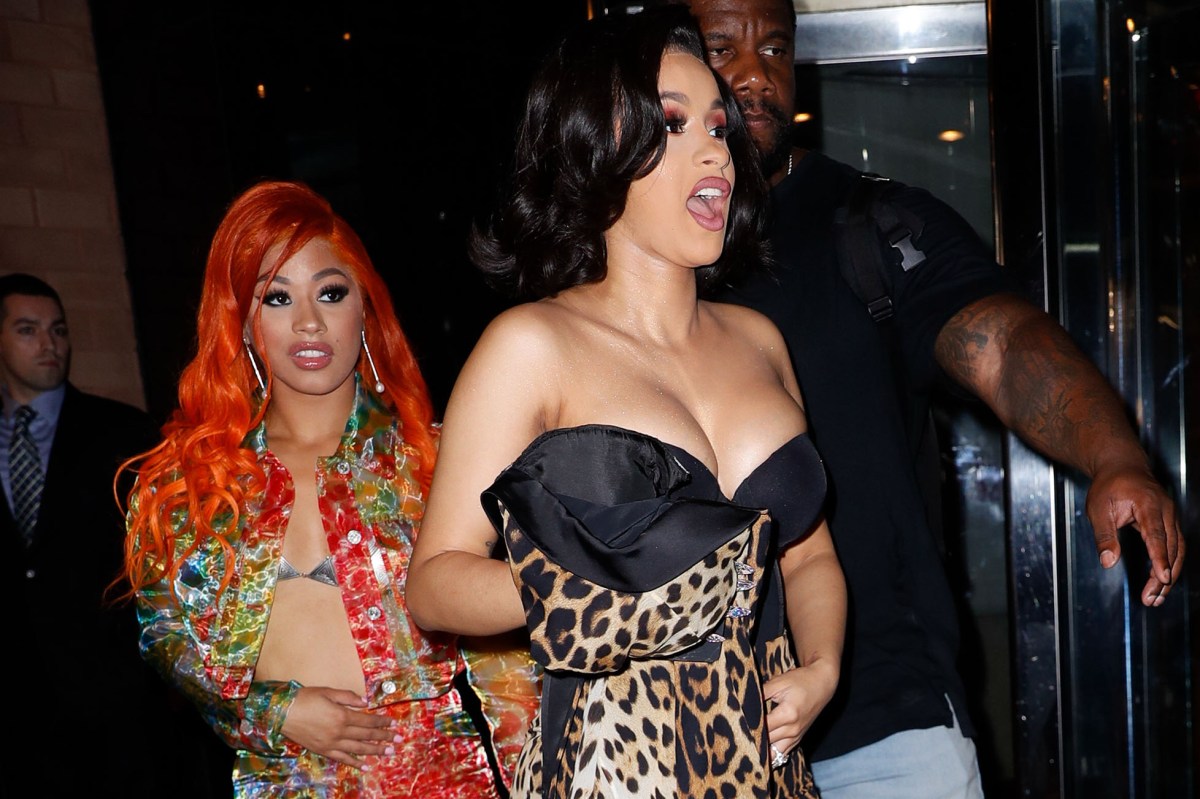 Cardi B defamed a group of Long Island beachgoers, who she called “racist MAGA supporters,” by posting edited video and commentary of an altercation between them, her sister and her sister’s partner, a new lawsuit reportedly alleges.

Cardi’s sister, Hennessy Carolina, and her girlfriend, model Michelle Diaz, got into a heated argument with the group on Sept. 6 at Smith Point Beach, Fox News reported at the time. One of the men they were arguing with was wearing a red, “Make America Great Again” hat during the altercation, according to the report.

In social media posts after the beef, Cardi wrote Carolina and Diaz were harassed over where they parked their car, “all because they are a Afro/Hispanic gay couple.”

But in the suit, which also names Carolina and Diaz as defendants, the beachgoers allege the two women harassed them — and then defamed them by posting edited video and commentary about the altercation on social media, ABC 7 New York reported.

“These peaceful Suffolk County residents were quietly enjoying a Sunday at the Smith Point beach with their families, when rap celebrity Hennessy Carolina suddenly approached them, raging, spitting, insulting, assaulting, defaming and threatening them, all the while videotaping them because one of them wore a MAGA hat,”  the plaintiffs’ attorney, John Ray, told the news outlet.

“Then Hennessy, Cardi B and celebrity model Michelle Diaz deviously edited the videotape and published the edited version all over social media, across the world for all to see, and maliciously falsely labeled these residents and their families as ‘N…s’ and as racists,” Ray said.

Hennessy, in an audio recording explaining the fight, claimed two men told her and her girlfriend to “go to your f—king country.”

The men targeted them, Hennessy said, because they “saw us parking here and we were speaking Spanish and we’re mixed,” according to the recording, which was also shared on Twitter by Cardi B.

An attorney for the Bronx-born rapper didn’t respond to request for comment.