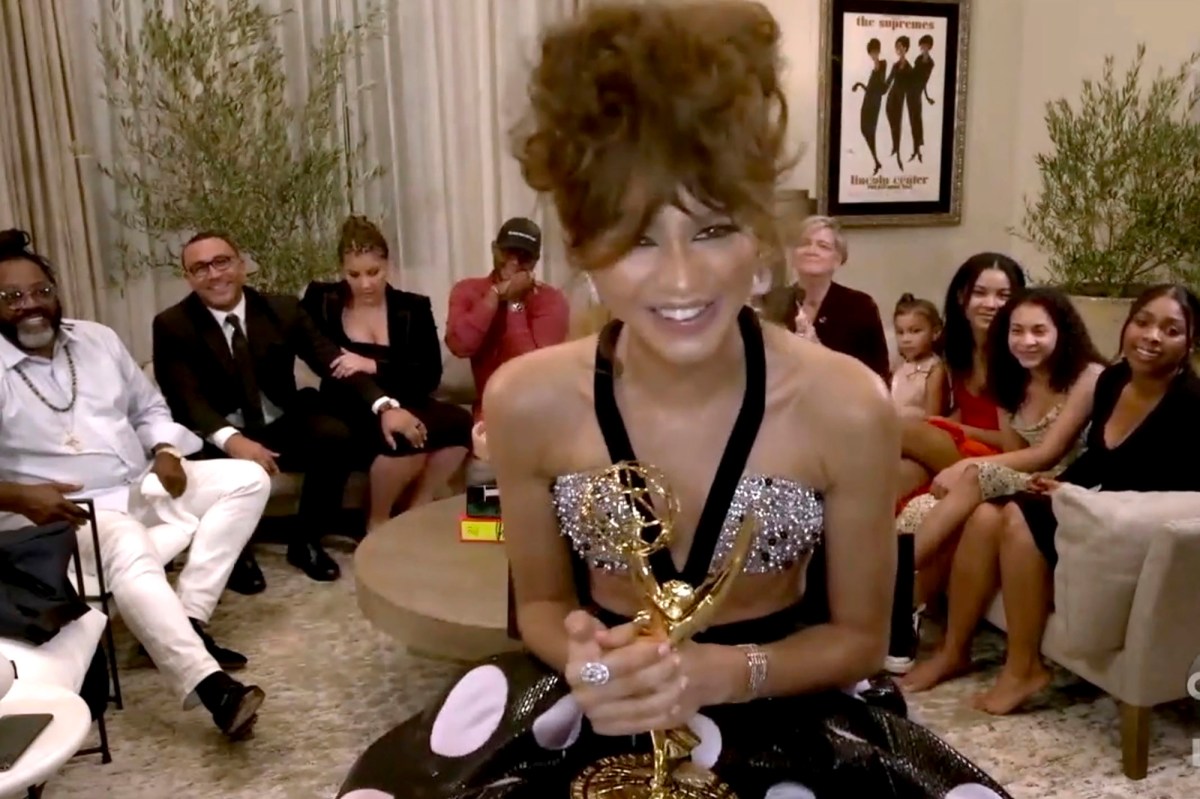 The biggest upset of the 2020 Emmys is Zendaya.

The 24-year old actress won the coveted award for Lead Actress in a Drama series, for her role as troubled teen drug addict Rue in HBO’s controversial show “Euphoria.”

Aside from Comer, who is 27, Zendaya, who started on the Disney Channel, is over a decade younger than everyone else in this year’s category.

“Hope is all the young people,” she said in her acceptance speech.

The actress was clearly shocked and not expecting to win, as the room full of family members behind her danced and shrieked.

“Euphoria” has been renewed for a second season.