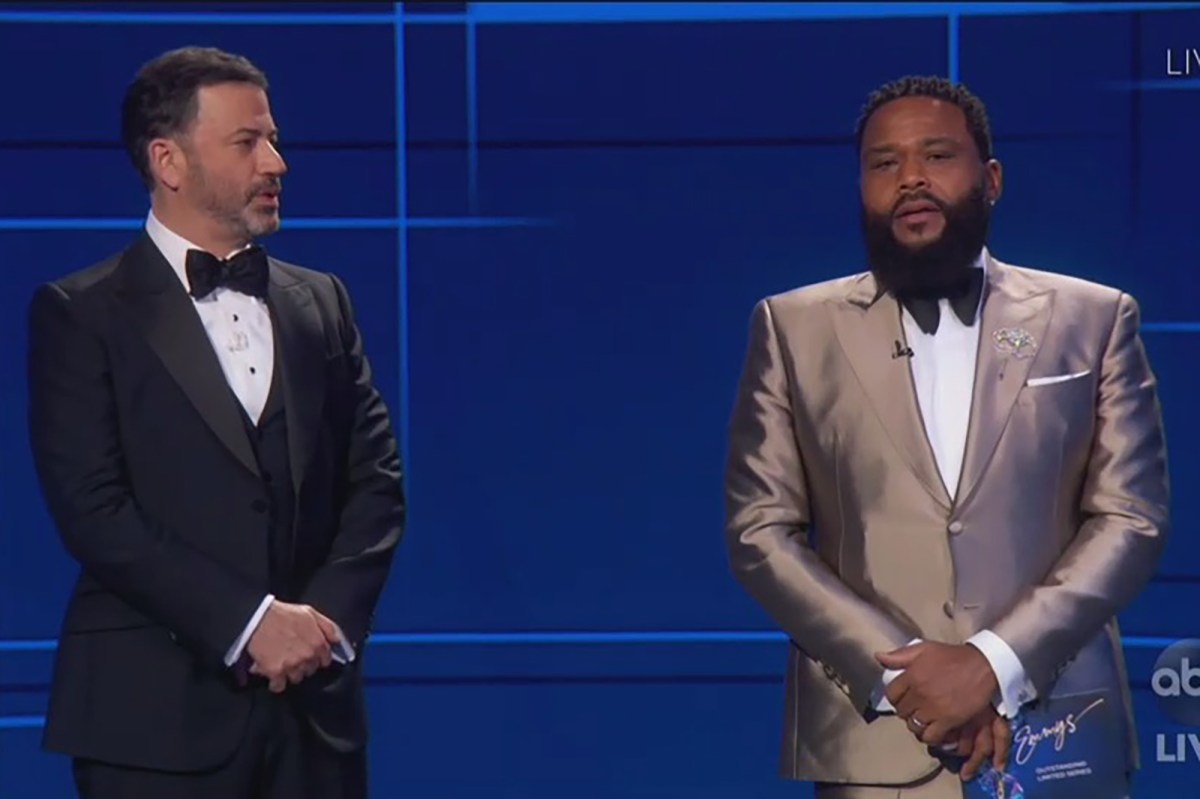 Anthony Anderson did not come to the Emmys to make tired pandemic jokes.

The star of “Black-ish,” 50, joined host Jimmy Kimmel in-person (socially distanced) for the 2020 Emmys to read the nominees for Best Limited Series and present HBO’s “Watchmen” with the award.

Before reading the winner, Anderson, who often brings his mom along on his Hollywood gigs, did an extended and gravely serious bit with no comedy involved.

“We have a record of black Emmy nominees this year, which is great,” he said. “This is the part where the white people start to applaud and nod. Thank you, Jimmy.”

“Well, um, I’m sorry it wasn’t that. It would have been great,” Kimmel added awkwardly.

When Anderson brought up that instead he was “alone in a sterilized green room trying not to sneeze on a llama,” Kimmel corrected him that it was an alpaca.

“Don’t ‘whitesplain’ it to me, Jimmy,” he retorted. “This isn’t what it should have been, but I’m still rooting for everybody black because black stories, black performances and black lives matter.”

He then led Jimmy Kimmel, who was once under fire for wearing blackface, into a “Black Lives Matter” chant.

“Say it with me, Jimmy. Louder, Jimmy. Say it so that my kids could hear it,” Anderson said. “Because black lives matter, black people will stay at home tonight to be safe which is fine, because guess what, because y’all don’t know how to light us anyway.”