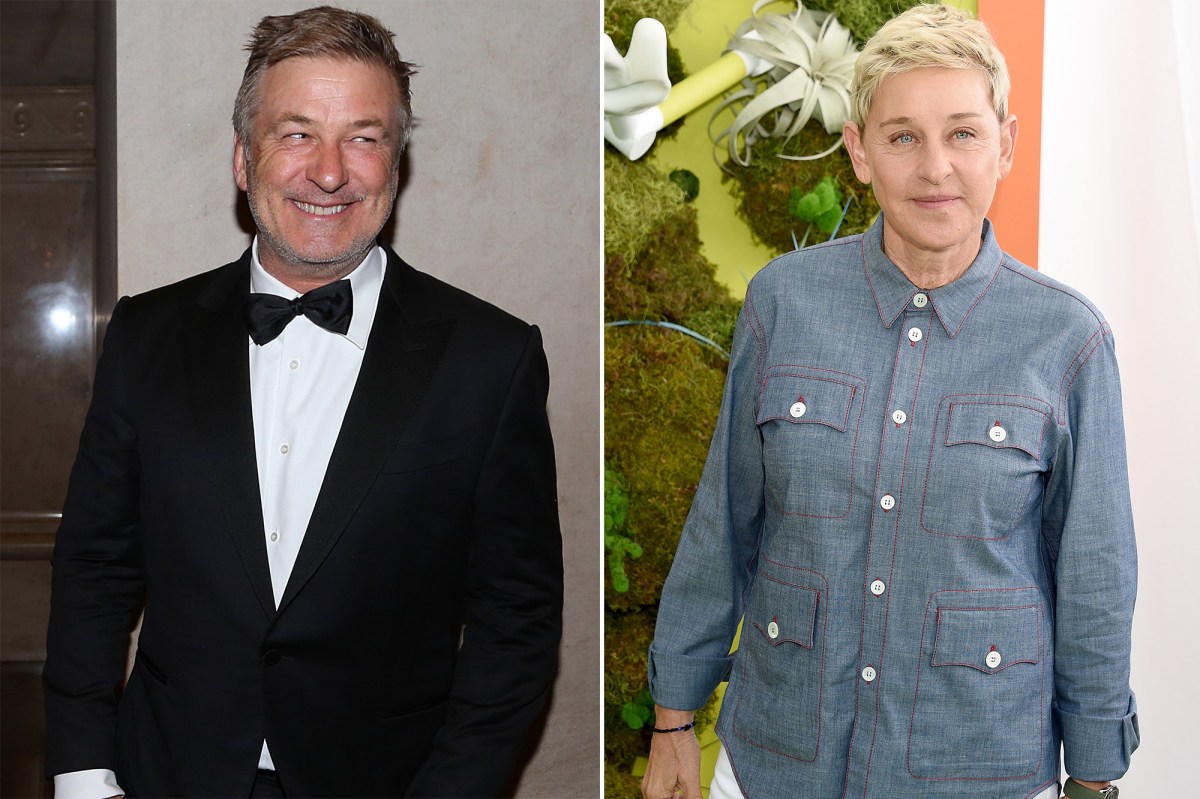 The former “30 Rock” star, 62, appeared on DeGeneres’ eponymous talk show on Tuesday and told her to “keep going” amid her toxic workplace scandal.

“Before we talk about my kids, Ellen, I just want to say, you are someone, I’ve followed your career from when you were doing standup and you were a solo performer,” Baldwin began. “I’ve watched the films you’ve done and I’ve watched your success on this TV show, and you are one of the funniest and most talented women, one of the most funny and talented people in all of show business.

“We all have some patches of white water here, but you keep going. Don’t you stop doing what you’re doing.”

DeGeneres said she appreciated Baldwin’s words of encouragement and admitted there have been “some rapids” but she was “maneuvering the raft.”

On Monday, DeGeneres kicked off her show’s new season with a monologue apologizing for what reportedly had been taking place behind the scenes of her long-running daytime talk show.

Though former employees panned the apology, it seems fans and foes were eager to see what she had to say, as she had her biggest premiere ratings since 2016.